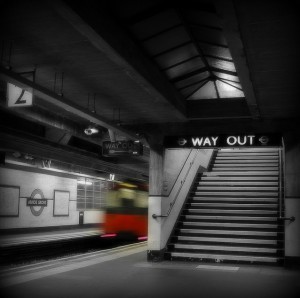 The tube hasn't been having a good time lately – to add to last week's broken down Jubilee Jubilee line train, there were faulty trains on the Piccadilly and Bakerloo lines this morning, the District, Circle and Hammersmith and City were scenes of rush-hour woe yesterday (and, as we type, there's a signal failure at Bow Road causing a part-suspension of the H&C). The RMT is blaming cutbacks, as usual.

Talking of the RMT, it's started balloting two different parts of tube network staff to go on strike. One dispute was sparked by plans to move the Piccadilly Line Service Control to Hammersmith Service Control Centre and covers job losses, pay and conditions and a lack of Olympics bonus for control staff. The other involves ticket gateline maintenance staff who are employed by private firm Cubic Transportation Services; Cubic refuses to consider an Olympics bonus and won't go above a 2.5% pay increase. The union says there'll be "severe disruption" if strike action takes place. We can see that with the service centre, but perhaps less so with gate maintenance.

If you're wondering what the hell Transport for London are doing while all this is going on, London Reconnections has put together a comprehensive overview of Transport for London Commissioner Peter Hendy and Deputy Mayor for Transport Isabel Dedring's appearance in front of the London Assembly Transport Committee last week. To summarise their summary: there's no "hidden pot of gold" to cut fares, they think Boris's pledge to reduce tube delays by 30% is possible (they just need to work out how), HS2 will create a nightmare at Euston without Crossrail 2, TfL will bid for the Anglia, Southeastern and one other rail franchise and they're looking at ways to improve the London Cycle Network.