London Elections: What The Results Mean 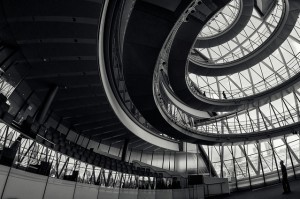 The results are in: Boris Johnson will be London's Mayor for another four years, though he beat Ken Livingstone by a much narrower margin than in 2008.

The London Assembly's 25 members split as Labour 12 (up 4), Conservative 9 (down 2), Green 2 (no change) and Liberal Democrat 2 (down 1). What this means in practice is...not a great deal. There had been concerns in the Conservative camp that they might end up with 8 seats, which would mean the left parties would be able to club together and block Boris's plans (the Assembly needs a two-thirds majority to block things like the budget). But with 9 seats, the Tories are able to wave the Mayor's plans through, much like the previous four years.

Look a little deeper though, and interesting things start to emerge. Boris needs a new statutory Deputy Mayor for a start, after Richard Barnes was defeated in Ealing and Hillingdon by Dr Onkar Sahota. He also may be looking for a new head of the London Fire and Emergency Planning Authority after Brian Coleman lost heavily in Barnet and Camden (Boris could appoint Coleman to the LFEPA board anyway, but given his unpopularity and confrontational nature the blond one might be best leaving well alone).

We also think all the Mayoral candidates apart from Boris and Ken lost their deposit, as they didn't get 5% of the first preferences.

The Lib Dems suffered a similar fate in London as the rest of the country: the Greens are now the city's third party after Jenny Jones beat Brian Paddick in the Mayoral race and the Greens took nearly 40,000 more votes in the Londonwide count, as well as coming third in some constituency battles. They still only got two seats on the Assembly, the same as the Lib Dems, the result of the practically unfathomable maths involved in the proportional part of the system.

Despite the Tories still holding the power to rubberstamp Mayoral policies, they are no longer the largest party. That honour (?) passes to Labour, meaning Boris will face even more tough questioning in the chamber. The BNP/more recently independent member Richard Barnbrook wasn't up for election but the BNP didn't get anywhere near enough votes for a seat; neither did UKIP, despite some polls predicting two seats for the anti-Europeans.

Turnout was 38%, far lower than in 2008 (45%), but still higher than in 2004 (37%) and 2000 (33%). That compares with at least 50% turnout in the capital for the 2010 general election. Do we not care as much about the Mayor and Assembly? Were we all bored of the negative campaigning and that we were faced with Boris, Ken and Brian on the ballot again? Siobhan Benita's good showing (she polled only around 8,000 fewer votes than Brian Paddick) could be a symptom of alienation from regular politics.

Whatever the cause, we can say one thing for certain: in 2016, it will be a whole new ballgame. Boris has promised not to stand for a third term, Ken declared this was his last election, and we can't see the Lib Dems nominating Brian Paddick again. See you back here in four years?

You can see all the numbers on the fabulous London Elects website.