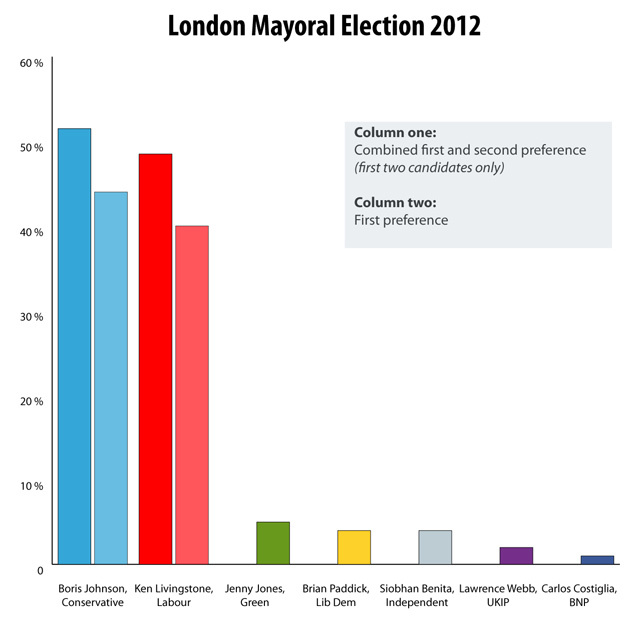 After a long wait this evening, the results are out: Boris Johnson has won re-election as mayor of London. With second preference votes counted, Boris had 1,054,811, with Ken on 992,273.

Green Party candidate Jenny Jones finished in third place, with Brian Paddick of the Liberal Democrats pushed into fourth, independent Siobhan Benita in fifth, UKIP's Lawrence Webb in sixth and the BNP's Carlos Cortiglia seventh. The turnout in London was 38%.

In a free-ranging concession speech, Livingstone confirmed that he would not stand for election again.

In the London Assembly, Labour won two constituencies from the Conservatives: Boris deputy Richard Barnes' seat in Ealing and Hillingdon fell to Onkar Sahota, while in Barnet and Camden, Brian Coleman was defeated by Andrew Dismore. The final makeup on the Assembly stands at: Labour 12, Conservative 9, Green 2, Liberal Democrat 2.

Detailed results are available on the London Elects website. We'll have further analysis on Saturday.