Book Review: Taking The Waters - A Swim Around Hampstead Heath 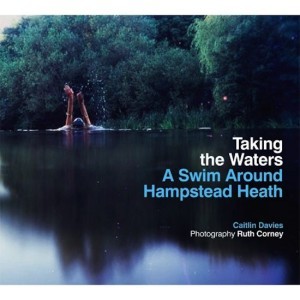 The ponds have been a haven for swimmers for over 200 years and, under the stewardship of the City of London, remain popular to this day. The typical Heath swimmer, we learn, is a hardy soul, unabashed by the threat of pike bites, the risks of ingesting coot poo, or the nipple-ossifying temperatures of the winter ice. In the 1980s, regulars at the men's pond launched a vigorous campaign against the installation of hot showers. "Then there was the deeply religious man," recounts the author, "who liked to dive from the top board. He would write out a prayer which he would carry down with him when 'visibility was such that he could not see the water or anything that might be on the surface." Evocative stuff.

Taking the Waters ties together such tales in a chronological account. Similar themes emerge (and submerge) throughout the history of the ponds: the never-ending debate about nudity, the gay and lesbian associations, the ratcheting up of health and safety, and the frequent campaigns whenever changes are suggested. The somewhat different history of the nearby lido is also told, from its 1930s heyday through its near closure in the Thatcher era, and on to its recent restoration.

The book is filled with dozens of beautiful photos by Ruth Corney, which will make even cold-water wussies want to dive in.

Whether you're passionate about the Hampstead pools (as clearly many people are), or wouldn't touch them with someone else's bargepole, you'll find plenty of fascinating history, politics and sporting endeavour in the pages of this book. We suggest you pick up a copy, put together a hamper, toddle along to the lido, and enjoy this book cover to cover by the poolside.

Taking the Waters: A Swim Around Hampstead Heath by Caitlin Davies is out now from Frances Lincoln Publishers. Buy here.