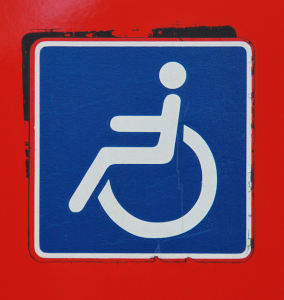 Today is Global Accessibility Awareness Day. While much of the talk is about accessibility online (e.g. building web sites so they work well for the blind or partially sighted, who use screen readers), there's also the question of physical accessibility.

Getting around in a wheelchair on the Tube network can be a challenge at best, a bitch at worst. Retrofitting lifts and other facilities into London's aged underground network is not easy. Transport for London recently had to abandon work on upgrading several stations when the costs became prohibitive.

Around a quarter of Tube and DLR stations have step-free access, and TfL produces special network guides to help passengers plan their routes to these stations. But that's not the full story. Some stations might have perfectly jolly lifts, but the gap between train and platform will stymie some wheelchair users. Other stations — Earl's Court, for example — have accessible platforms in one direction but not the other. TfL makes a stab at explaining these anomalies, but the maps can get devilishly complicated.

So wheelchair user John Thornton has put together his own, simplified guide...mostly for his own use, but he shares it here. He took the standard TfL accessibility map and eliminated any stations with more than 85 mm (3.3 inch) gaps and/or vertical steps of more than 50 mm (2 inches) between train and platform.

"The end result surprised me," he says. "In particular I noticed that overseas visitors to London might get on at Heathrow Terminals 1,2 & 3 and discover that the only other accessible station on the Piccadilly Line is Terminal 4! Of course, if one books at least 24 hours in advance and specifies precisely when you will arrive, you might get lucky and have a staff member turn up to put a ramp in and allow you use some of the other London stations, but there's no guarantee and it's neither convenient nor fosters independence."

You can view John's map (not endorsed by TfL, but it deserves to be seen) here. And find out more about Global Accessibility Awareness Day here.