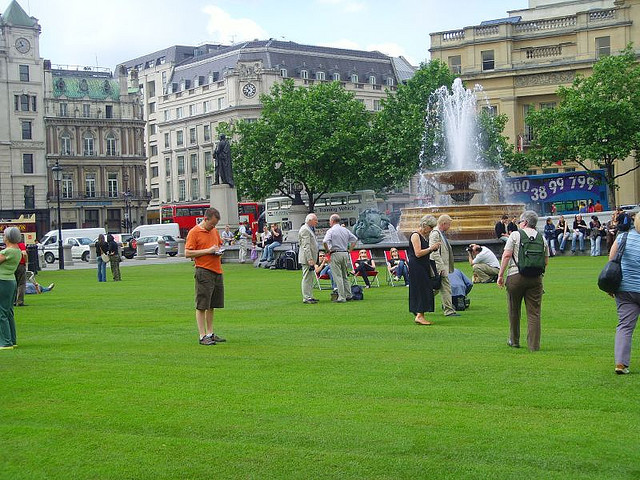 The never-ending fad for unusual pop-ups reaches new heights this Saturday (21 April), as "pop-up woodland and moorland" appear in Trafalgar Square. The unlikely sylvan interventions will be joined by other green distractions, such as fruit trees and allotments. Meanwhile, live music acts will play from a temporary bandstand and English tea (as in 'grown in England') will be served from a special terrace.

The one-day event marks St George's Day (albeit two days early) and is organised by a combo of the Greater London Authority and horticulturalist Sarah Eberle. The press release describes the spectacle as "a magical, tranquil sensory experience". Given the weekend popularity of Trafalgar Square, we'll believe those adjectives when we see them.

The English Garden festival takes place in Trafalgar Square on 21 April from noon till 6pm. Entrance is free.

Image of the last time the square was greened, by Gill Bland in the Londonist Flickr pool.