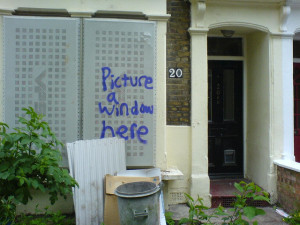 London has experienced a 36% increase since the same time last year in the number of people councils have accepted as homeless.

Figures from the Department for Communities and Local Government show a 14% rise in homelessness nationally, but while Birmingham has the most homeless households (925), Waltham Forest has the highest proportion in the country, with 2.55 out of every 1,000 households accepted as homeless. Being "accepted" as homeless is not the same as rough sleeping – it means households for whom a council accepts a statutory responsibility to help find accommodation, usually because they are about to lose their homes or are currently living somewhere unsuitable.

Homelessness has been falling in the UK since 2003 but started ticking upwards again in 2010. The number of homeless households doubled in seven London boroughs in the last 12 months, with Hounslow seeing a 245% increase to 1.39 in every 1,000 households.

These latest figures come a few weeks after data showing a national increase in rough sleeping of a fifth. In a snapshot taken one night last autumn, 446 rough sleepers were found in London. Charity CHAIN recorded 3,975 people sleeping rough in London in 2010/11, an increase of 8% on the previous year and up more than 1,000 since 2005/2006.