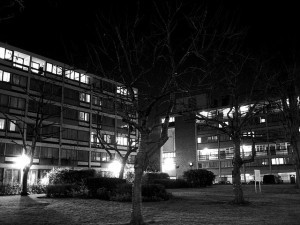 We've been looking at housing this week, and now comes evidence of the predicted effects of the Local Housing Allowance cap as families are moving into outer London.

Barking and Dagenham's head of children's services says there's been an influx of new families to the area which, combined with the borough's rising birth rate, mean they expect to have to find space for an extra 200 reception class places this September. Gateway primary school in Marylebone estimates that 50 of its 700 pupils are affected by cuts and may have to move, while in the wider Westminster area the council reckons around 2,000 families won't be able to afford their rent.

To live in Westminster is a privilege, not a right, because so many people want to live here

While that might be a good slogan for Westminster to adopt for many of its policies ("Westminster: parking here is a privilege, not a right") it does beg the question of whether it's fair that the outer boroughs should have to cope with increases of people on low incomes, rather than spreading them evenly around the capital. Westminster may not be as wealthy as it has been (its reserves were badly hit by the Icelandic banking collapse) but it's still in a better financial position than many other London councils.

The housing benefit cap is based on the "30th percentile of rents" in an area with absolute limits per different types of property (for example, the maximum payable for a two bedroom property is £290 a week). As rents increase and more people become reliant on housing benefit because of the pesky economy, plus the 'affordable rent' system leading to 'affordable' housing being let at up to 80% of market rates, people who were previously fine are getting caught out, living in places they can suddenly no longer afford. It's worth taking a look at Shelter's prediction of where in London will be considered affordable by 2016.

Last week the Evening Standard reported a construction boom in central and inner London, but around 50% of these (bloody pricey) homes are bought off-plan by foreign investors. Meanwhile, outer London is having to deal with the effects of inner boroughs becoming too expensive to live in.

Photo by Simon Crubellier from the Londonist Flickr pool