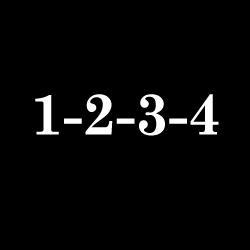 London’s annual bedazzling display of underground, leftfield and beautifully ramshackle bands, the 1234 Shoreditch festival, returns to Shoreditch Park on 1 September for the highlight of the summer’s cult music circuit.

The initial line-up includes London’s best band of the moment, Savages – who were phenomenal at the 1234 launch show – cult heroes The Duke Spirit, hipster queen Frankie Rose, the ruddy marvellous The Pre New and Bored Teenagers (they’re a band – Underage festival is the day before).

Since 2007’s inaugural festival, the legendary Sean McLusky has had the likes of Florence and The Machine, Fab from the Strokes, Patrick Wolf and S.C.U.M, who are pretty much 1234’s annual house band, grace his stages. So start taking bets now on who will be the band to say you saw in a couple of years when you were really in the ale tent *cough Savages*.

As ever there will be free after-show parties galore across east London for wristband holders, where you can discuss the comparative merits of Official Burnt Toast’s and Minny Pops’ performances over gins and DJ sets.