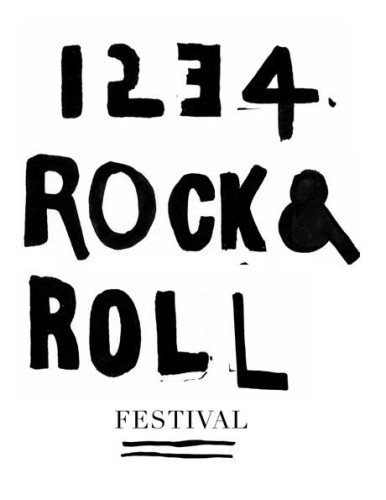 Festivals are usually announced by an email sent to hacks, then published online or in print, followed by a barrage of Tweeting. 1234 Shoreditch, however, are unveiling theirs in style, by throwing a party.

Rich Mix on Bethnal Green Road will host the launch of London’s most innovative and independent hipster-friendly festival, with a live performance by the buzzband of the moment (and frankly wonderful) Savages and a DJ set by S.C.U.M on Friday 13 April.

The one-day festival of Future Rock 'n' Roll itself takes place on its regular pitch in Shoreditch Park, but has moved to September for the first time – presumably due to the running and jumping nearby over summer.

Although the line-up’s under tight wraps until the launch night, expect a collection of anti-conformity and cutting-edge artists, which in the past has included, Breton, Crystal Fighters and These New Puritans.

The launch event, branded 1234 Action #1, is the first of four special events running up to the festival on 1 September 2012, so we can get excited over and over again.

The full line up for the launch party is Savages, Off Love and Bank Of Joy live with S.C.U.M, Advert, Double Denim, Streets of Beige and 1234 DJs on the ones and twos.  We will, of course, be bringing you the full 1234 Shoreditch line up when announced.