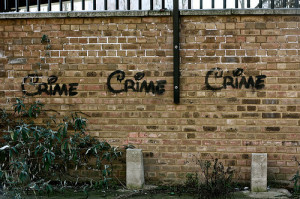 Liberal Democrat mayoral candidate Brian Paddick has said that, if elected, he would allow Londoners to patrol their own streets and decide how police are deployed.

With crime and policing high on the agenda for all candidates, Mr Paddick aims to give some of the power back to residents. Back in January, he visited Bonnington Square in south London, whose residents launched their own crime-fighting patrols to combat a spate of muggings and a carjacking.

Neighbourhood policing is often a bone of contention, with residents feeling that the police simply aren't visible enough. But Paddick wants to introduce local policing plans, through which people can work with officers to decide where police should be deployed. Followers of last year's news reports on the riots might remember local residents in many areas turning vigilante to protect their homes and businesses from looters. At the time, their actions were condemned by police, but with the budgetary belt getting tighter, could we see more alliances being forged between the police and the public?

In an increasingly argumentative and bitter electoral campaign, the candidates at least appear to be in agreement on policing.