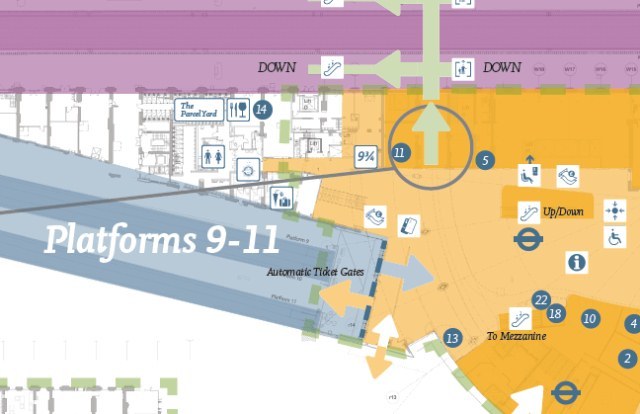 The new concourse at King's Cross station opens Monday, 19th March, but the map is online now (hat tip to @oobr for bringing it to our attention).

Budding wizards with poor directional skills will be pleased to note that Platform 9 3/4 is prominently displayed. For those not familiar with it, the platform is represented by a station trolley partially lodged in the wall. Prospective pupils at Hogwarts have been confounded during the station's rebuilding work by the curiously-numbered platform's ever-moving location.

Navigating may have just become easier for the broomstick-toting brigade, but the rest of us mere mortals may still have to find our way around the fearsomely complex lift system as we move about the station.

A tour of the new King's Cross station