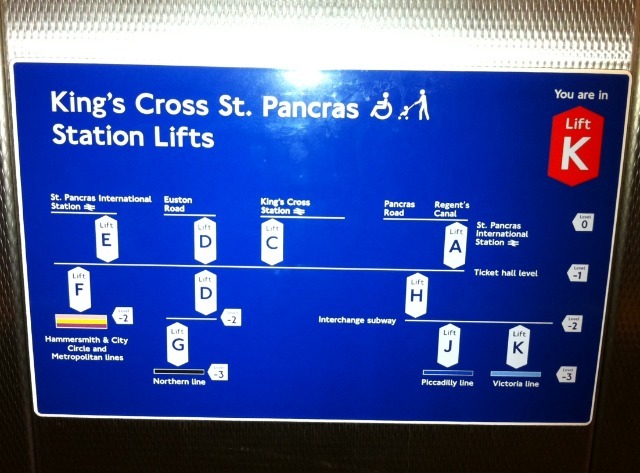 Stumbling drunkenly through King's Cross recently, we decided, for incoherent reasons, to take the lift rather than the escalator. We discovered a parallel world, with a network of lift shafts so complex they require their own stylised navigation chart.

With a bit of study, the chart is reasonably clear, given that it must describe nine separate systems communicating with four different levels. But where are lifts B and I? And what the Otis would happen if we took lift A up to Regent's Canal?

The situation is likely to get even more complex when the new western concourse opens in about a year. So, any design tips for TfL to make their lift maps as legible as the Tube map? And are there any stations (Bank, perhaps?) where the elevators are even more fiendish?