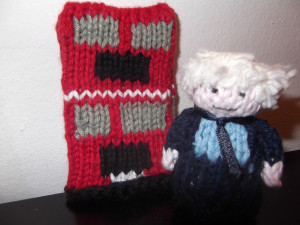 Boris Johnson launched his nine point plan for London at yesterday's Conservative party conference. His speech showed we've been right to focus on Punch and Judy politics this week, as he described Ken Livingstone's team as

Jenny Jones went so far as to call it "playground taunting".

But what of the nine point plan?

Which looks solid but... a bit uninspiring. It's a mix of things already under way (e.g. Crossrail, and at least 6,000 new homes are already under construction at the Olympic site), disputed figures (e.g. 1,000 more police, which we'll cover in a few weeks) and characterised by a lack of imagination and grand plans. Where's the equivalent of the new bus? Help for housing?  From such a clever, flamboyant man as Boris Johnson we expected more.

We also don't quite know how the Mayor's team has worked out he'd save us £445 over four years just by freezing his share of council tax. Next year's much vaunted cut amounts to £3.10 per household over the year. The figure seems to come from how much council tax might have risen under Ken Livingstone based on cumulative rises from the previous Mayor's term – which is not only a bit dubious, it ignores things like the Olympics precept (currently £20 per household per year), added mid-Mayoralty, and that in the last few years George Osborne has been awarding government grants to bodies that freeze their share of council tax.