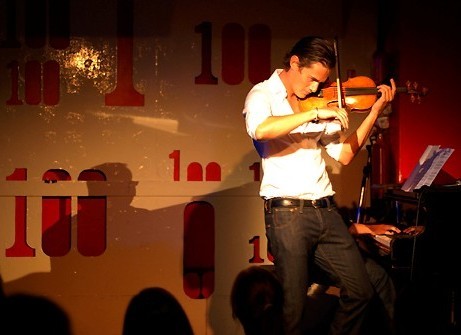 It’s a frequently observed fact that classical music is consumed by an audience that is a generation older than the people who make it all happen. Pop into pretty much any concert hall and the crowd inside will be different shades of elderly. Yet London has four music colleges packed to the rafters with young talent and, aside from relatively few senior managers, arts administration is dominated by bright young things.

The conversation about how to pull in a younger crowd never really goes away in the classical community. For some it’s a moot point – people clearly come to classical music later in life – while for others it’s about the setting rather than the music. At a recent industry panel event, Roger Wright, who runs the BBC Proms and BBC Radio 3, said his favourite place in the Royal Albert Hall each summer is the top gallery, where punters can sprawl out on the floor and read books during performances.

Wright’s point – that the perceived formality of classical concert going puts off young people – is proved by the success of London’s independent classical club nights, which have come and gone in various forms over the last fifteen years. Two such promotions currently contribute to the city’s classical scene and they are very different. Based in Shoreditch, Nonclassical has been presenting cutting-edge contemporary music and DJ sets since 2004, while to the west, Limelight promotes traditional classical music in a rock ‘n roll setting: the famous 100 Club in Oxford Street.

The idea behind Nonclassical is pretty much explained by the name. "People feel excluded from classical music because they don’t think they know enough about it, or because the Victorian style of presentation puts them off, but it doesn’t have to be like that," says Gabriel Prokofiev, composer, DJ and founder of Nonclassical (and grandson of Sergei). "Nonclassical is a way of presenting classical music, chamber music especially, in a way that is more comfortable for younger people."

Limelight grew out of a similar philosophy. "We hope to undermine some of the more pretentious and stuffy classical conventions by encouraging artists to chat to the audience and the audience to whoop and cheer when they see fit – ideally with a glass of Chablis in hand," says Emily Freeman, co-founder of the series. 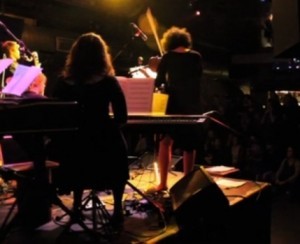 Neither promotion is a worthy project dreamed up in the boardroom of an established arts organisation with funding behind it. They are run by young dedicated people who saw a gap in the market and wanted to make a difference. Budgets are tight, organisation comes out of free time and artists perform for nominal fees. But there is no doubt the model works; both nights draw decent crowds.

It helps that both Nonclassical and Limelight cater to different markets. Limelight is a relaxed affair with a candles-on-tables intimacy. Freeman attributes the night’s success to the "calibre of the line-up" on stage. Top-draw artists like pianists Leif Ove Andsnes and Joanna MacGregor, and violinists such as Nicola Benedetti, Daniel Hope and Charlie Siem, have appeared at the 100 Club.

With its links to dance music and east London roots, Nonclassical is an edgier night out. Juxtaposing often atonal classical music with DJ sets appeals to music fans happy to cross boundaries. The way the night unfolds is arranged to favour the listener. "We do three or four 20-minute sets with 10-minute DJ breaks in between," says Prokofiev. "That helps the concentration for what is often challenging music, especially compared to a concert hall gig, where you might be required to concentrate for an hour or more at a time."

Careful consideration about balancing informality with providing a good listening environment has benefited both club nights. "We want the atmosphere to be informal but also respectful to the performer," says Freeman. "So people can drink at their tables, clap when they like and chat between pieces, but we do ask for quiet during the performances themselves. However, this has always happened naturally, without any effort on our part."

Encouraged by returning customers and satisfied performers – one artist told the Limelight team that she felt people were "more open to responding instinctively" at the 100 Club – these young promoters are looking to expand their operations. Both are keen to take their formats on tour while Prokofiev is also developing the record label he set up right from the beginning. "We’re releasing classical music in an alternative way, combining contemporary music with electronica," he explains.

In the meantime, there are upcoming gigs to manage. Limelight hosts rising-star guitarist Milos Karadaglic on April 13 and Nonclassical presents an album launch by Juice Vocal Ensemble at the Troy Bar, Shoreditch, on April 6.

Profiles at a glance

Nonclassical
First night: 2004
When: Once a month on a Wednesday night
Where: Various venues around Shoreditch and sometimes at Kings Place
What you can expect: Experimental new music and DJ sets
Next gig: Wednesday 6 April at Troy Bar, Shoreditch
Find out more: http://www.nonclassical.co.uk/

Limelight
First night: July 2009
When: Until December 2010 it was every month; now takes place around six times a year
Where: The 100 Club at 100 Oxford Street
What you can expect: Outstanding classical music in an intimate, relaxed environment
Next gig: Wednesday 13 April at the 100 Club
Find out more: http://www.londonlimelight.co.uk