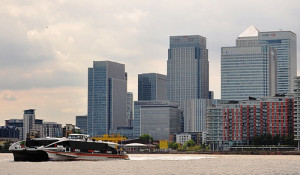 The London Assembly's transport committee has highlighted something of a shortfall on a 2010 pledge from Boris Johnson to improve riverboat services.

The mayor promised to increase river journeys to 12m per year but the current estimate stands at around 3m journeys, apparently due to a lack of strategic planning and funds being diverted to the cycle hire scheme and the cable car instead.

"It's frustrating that progress is so slow on expanding a service that has so much potential. Our last report described the Thames as London's forgotten highway and unfortunately in many ways it still is."

Compared to the Tube and buses, the river is under-used as a form of transport, but it is inherently less convenient, albeit considerably more civilised — fine if you want to travel from Canary Wharf to Blackfriars, for example, and your destination is within walking distance of the pier, but impractical for many journeys. The higher fares are also a deterrent — a single adult ticket on the Thames Clipper is £5.40 if using Oyster PAYG compared to £2.70 on the tube (though weary travellers can't get a G&T on the Tube).

The Clipper service expanded its routes last year and remains an alternative when the Jubilee line and DLR fail, although during this week's round of tube delays @thamesclippers was besieged by complaints about long queues for tickets.

A City Hall spokesman told the BBC that the mayor has already asked Transport for London to produce a new strategic plan for riverboat services.