Screening Of Coriolanus Plus Q&A With Ralph Fiennes 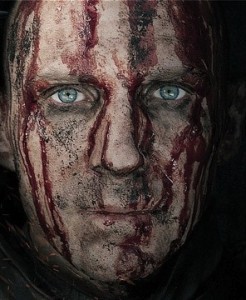 Planning on seeing the acclaimed adaptation of Shakespeare's only play with 'anus' in the title? The place to see Coriolanus is the Curzon Mayfair, Sunday 29 January at 8pm (i.e. tomorrow).

After the film, director and star Ralph 'it's not pronounced Ralph' Fiennes will take part in a Q&A session about the new movie, his directorial debut.

Why not go along and, just for a laugh, insist on asking questions about Voldemort, or tell him that Coriolanus is undoubtedly his best film since Shakespeare in Love? Book tickets (£13.50) quick before they sell out.