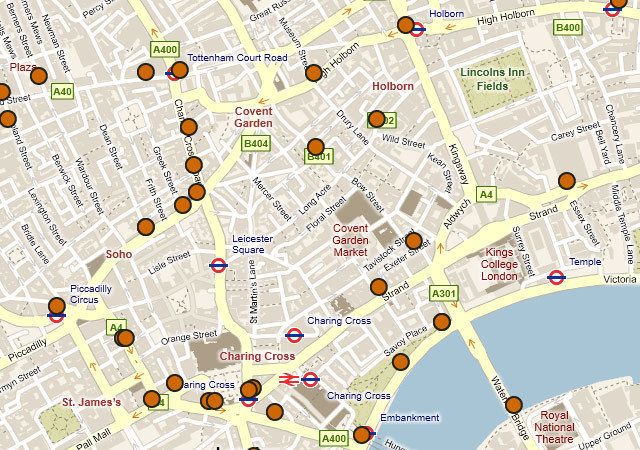 A very impressive, if sobering, piece of data visualisation this, from the BBC: they've mapped every single road death in Britain over the eleven years between 1999 and 2010.

Around London, some of the more dangerous spots include Trafalgar Square (perhaps not surprising, with its deadly combination of multiple traffic streams and tourists not used to vehicles approaching from the left) and the western end of Oxford Circus, around Edgware Road. The two cyclist deaths on Blackfriars Bridge, which has become a rallying point for safer bike planning across the city, are accounted for.

In a further effort to gauge how dangerous London's roads really are, the BBC London team are currently out on the streets with some of the capital's ambulance crews, live-blogging their typical weekday routine.