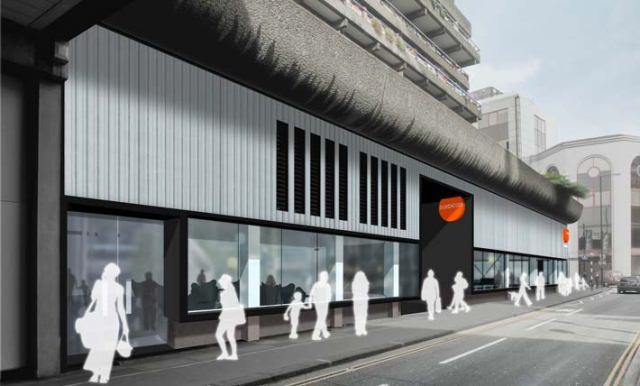 Need something cultural to look forward to post-Olympics? How about this: the Barbican Centre will open two new cinemas in September 2012.

We had a sneak peek at the design earlier this year, and the Centre has now released further details. The two 156-seat auditoria will be located on the corner of Beech Street and Whitecross Street, and will offer another entrypoint into the famously labyrinthine structure. The new facility will also have a restaurant and cafe-bar, and replaces the older cinemas in Frobischer Crescent that were closed in 2010.

Along with the recent opening of the Hackney Picturehouse, and the legion pop-up cinemas and oddball events that crop up every summer, it's a pretty good time to be a film fan. All we can hope for now is a good crop of decent flicks to watch on our flash new screens.