Book Review: The City Of London

By M@ Last edited 105 months ago
M@ Book Review: The City Of London 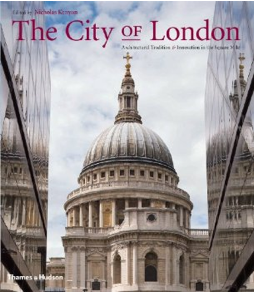 Sumptuous is the first word that hits you. Like a City monument, this full-colour, 352-page tome on the Square Mile feels like it's been hewn from a block of Portland Stone and lavishly decorated by master craftsmen. The City of London: Architectural Tradition & Innovation in the Square Mile weighs in at several kilos and will grace the reception areas of many a City institution, if not the tourist bookshelf.

The Square Mile has been crying out for its own book for years. Very little has been available, save for financial guides and a scholarly Pevsner architectural survey. David Long recently published an excellent celebration of the City's alleyways. But there's so much more to explore: Wren churches, St Paul's, Roman remains, monasteries, hospitals, the Fleet Street press, the livery halls, the bridges, the Old Bailey and Newgate, ancient trading places and architecture from every period. Mix in more modern diversions such as the Barbican, the Museum of London, the Gherkin and One New Change, and you begin to wonder why it's taken so long for a proper treatment of this diverse and seductive area.

After setting the scene with a general introduction, the City is divided into smaller regions. Key buildings are discussed, each accompanied by a colour photo or historical drawing. Over hundreds of pages, the City is painted in bricks, blocks, steel and glass, while the human story is more incidental. This approach works well. Unlike the West End, say, the City has long been a region whose character and vitality spring more from its ancient and ever-accumulating heritage than from the temporal beings who briefly inhabit it. A forthcoming book by David Kynaston should address the City's deeper history but, for now, sit back on a sturdy chair and enjoy this lavishly illustrated guide to some of the most diverse and densely packed architecture on earth.

The City of London: Architectural Tradition & Innovation in the Square Mile, Edited by Nicholas Kenyon is out now from Thames & Hudson. Buy here.