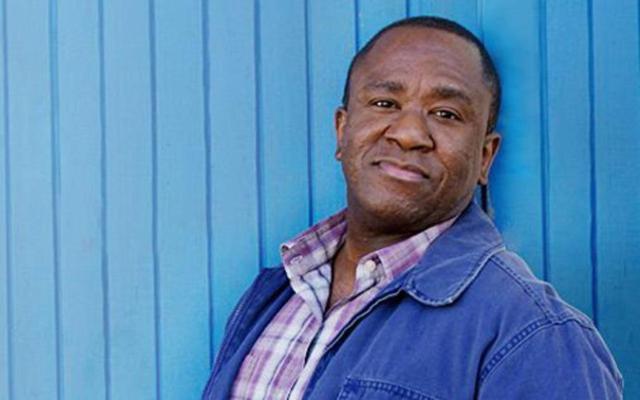 Next week sees the Tiati Fahodzi theatre company presenting its annual Tiata Delights 2011, a festival of African plays. Writers include The Vagina Monologues' Eve Ensler and the festival's new artistic director Lucian Msamati who will be presenting his new work, Memory Play.

Lucian is a familiar face to theatregoers and TV watchers alike. On stage, he was seen in this year's Clydebourne Park, a play which scooped five awards last year including the Laurence Olivier Award for Best New Play and the Pulitzer Prize for New Drama. On TV, he has been seen in Doctor Who and The No 1. Ladies Detective Agency and will appear next year in HBO's much-lauded Game Of Thrones as flamboyant pirate Salladhor Saan.

He grew up in Tanzania and Zimbabwe and, since 2003, has lived in London with his family.

How is being an Artistic Director different to what you have done before? Are you enjoying it?
The job is perhaps best defined, for me, as mastering the skill of squeezing as much Art as you can between the cracks in the bureaucracy. That makes it sound unpleasant. By comparison to the rehearsal room or the design studio, you might say it is; but it’s necessary to ensure that the ‘rehearsal room’ stays open! I took over at a very challenging time socio-economically and socio-politically; you might say I experienced Baptism by Fire at Deep End!

By its nature the responsibility of office means ceding a degree of your autonomy as an artist. I would say that that perhaps has been the part of it I have enjoyed the least but it does make it all the more rewarding and satisfying when I am back in the rehearsal room. I’m still here, ultimately; it can’t be all that bad!

Tiata Delights is now in its fifth year. How do you feel you have put your personal stamp on it?
I have made an active effort this time round to be more Pan-African and to be driven as much as possible by content as opposed to context. What do I mean by that? For better and for worse, what I would term as ‘culturally specific’ work as produced by the mainstream – in my opinion –tends very heavily towards the socio-political agenda of the day. No doubt that has a place and is important. But it can be annoyingly reductive. I am as proud of my heritage as the next person; that does not automatically mean I love Didier Drogba, High Life or for that matter want to smash windows.

My life as an artist and as a man is influenced by two very distinct, complex cultures. This should be embraced and examined as part of the whole not marginalised so that boxes might be ticked. (Or does the fact that I flow easily from one to another, pose some kind of threat?) I am an Actor. Not a ‘Black Actor’. I do Soyinka and Shakespeare because I can not because I’m black. Whatever the specifics, these stories carry, convey, interrogate humanity through a specific lens. It sometimes feels in this country that we’re more interested in the lens than the picture. I’m hoping that in some small way these works showcase the talent and not the skin colour of all the fine artists involved.

What did it feel like to go back to Africa to film No 1 Ladies Detective Agency? Do you go back often?
I felt a little like Santiago from Alchemist who goes all across the world only to find that his treasure is in fact at home. Not that Botswana is ‘home’; but it certainly felt like it. I think I took even more joy and pride in being able to say, ‘You see? With hard work and passion anything is possible’. I would love to be able to return more often than I do; ironically I have been back more for work than I have for pleasure.

There were rumours in 2010 of a pair of No 1 Ladies Detective Agency films. Could you tell us any more about that?
I could tell you many things but then they might activate the chip…

Clybourne Park is still for us one of the best plays of the last few years. How difficult was it to get inside the heads of two very different characters every night?
Not difficult at all. The play is so well written you would have to work very, very, very hard not to make it work. Having said that, it is a very hard play to do well. Because it is so precise, your room for ‘invention’ as an actor is next to nil – no ‘hats’ and ‘limps’- it is like a piece of music; you have to learn it note for note and perform it note for note otherwise it doesn’t work. But we also had the added bonus of a brilliant director and some of the finest actors I have had the privilege of sharing the stage with so we were always going to get there eventually.

Could you envisage an adaptation of that play set in South Africa looking at the changes during and after the apartheid period?
Adaptation? No. Clybourne Park is so intrinsically American that I can’t see it working in the same way. I could see a South African story with a similar conceit but not an adaptation.

The plot to your new production Memory Play sounds a little like that of Life On Mars. How does Memory Play differ from your past work like Born African?
Interestingly enough, I really did not see the ‘Life on Mars’ link till I read the question! Comparisons, parallels etc. are best left to audiences. I suppose the biggest shift in its genesis has been that it is entirely my own creation. It has not been co-created/ devised/ conceptualised for any particular group or endeavour. I was commissioned by my predecessor (ironically enough!) Femi Elufowoju, jr, to write something and I did. I took my keyboard as it were and ran with it which was an awesome challenge.

Performing has always been my first love but writing is a very, very close second. The fact that they facilitated each others existence early on in my career proved a great training ground for me. But it was and is a huge honour that the company that has showcased the works of Dipo Agboluaje, Roy Williams, Bola Agbaje, Lizzy Dijeh and Rex Obano thought me worthy addition to their roll of honour. Hope I don’t disappoint!

What are your favourite places to visit in London?
The South Bank, Dulwich Park and Adulis, the Eritrean restaurant on Brixton Road: pure food heaven.

As well as Clybourne Park, you've been in a number of successful London productions. Do you have any interesting London theatre stories?
Anything I say can and will be held against me in a court of law. My lips are sealed until such time as I have a fat cheque for my memoirs and can flee to my own private island.

Do you have a favourite London theatre?
There are two. The Blue Elephant Theatre in Camberwell. For the ‘Over the Edge’ Theatre Company, it was our London break. Antonio Ribeiro, who ran it at the time put his money where his mouth was because he believed in the work. The show was a huge success for us and for the theatre at the time. It holds so many special memories. Secondly the Almeida Theatre in Islington. My first ‘solo’ London gig was there. Again, so many precious, special memories.

Tiata Delights begins on Monday with Midnight Train to Sunrise by Sibusiso Mamba and runs until 8 October. More information and tickets can be found here.