Final Day Of The Bendy Bus On Route 73 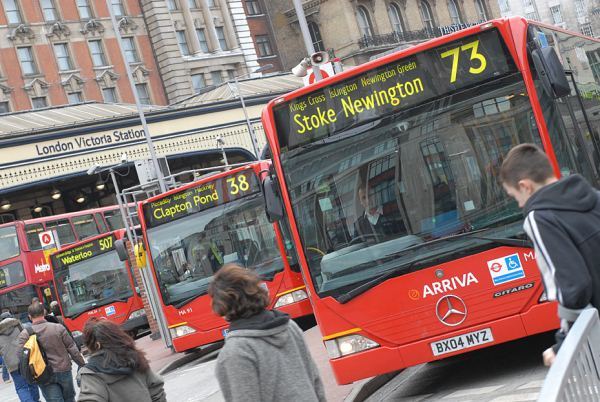 The end of the bendy bus is nigh, and today marks the final day that the articulated version of the 73 will wend its way through the lanes of leafy north London: from tomorrow, Saturday 3rd September, it'll be replaced by a fleet of double-decker vehicles  (hopefully they'll still be as moggy-friendly as the current buses).

London is into the final dosage of its de-bendification treatment: we've already rid ourselves of the bendy bus on routes 507, 521, 38, 18 and 149, and the final remaining buses will all be gone by the end of the year, helping Boris achieve one of his 2008 electoral promises. The 73's reversion to double decker is a significant milestone: as one of the busiest bus routes in London, it was frequently cited as an example of everything wrong about the bendy bus (mainly: fare evasion and petty crime), and in 2008 a study by the Liberal Democrats revealed that fare dodging on the route had doubled since the articulated vehicles were introduced. It didn't help that some riders christened it the "seventy-free".

The route will also use a slightly re-jigged timetable. Frequency will go up to every 3-4 minutes at peak time (some of the buses are hybrid vehicles, to counter any potential increase in emissions), but northbound the 73 will now terminate at Stoke Newington Common, instead of running up to Seven Sisters as some of the bendys currently do. TfL have been putting up a slightly patronising infographic, instructing passengers in how to use the new buses.

We'd love to hear from 73 regulars about the changes, and whether you'll be sad or glad to see the bendy bus go.

Photo courtesy of Transport for London