Violence Breaks Out In Hackney, Lewisham, Peckham And Croydon

By M@ Last edited 135 months ago
M@ Violence Breaks Out In Hackney, Lewisham, Peckham And Croydon

A third night of violence and looting in the capital. As of 8pm, Hackney, Lewisham and Peckham have all seen major disturbances, including attacks on police, vehicles and property.

23.20: Parts of Woolwich have witnessed violent scenes, including the torching of the local Wetherspoons.

22.37: The Telegraph are mapping the mayhem.

22.00: The brave Hackney woman who stood up to the hoodlums. 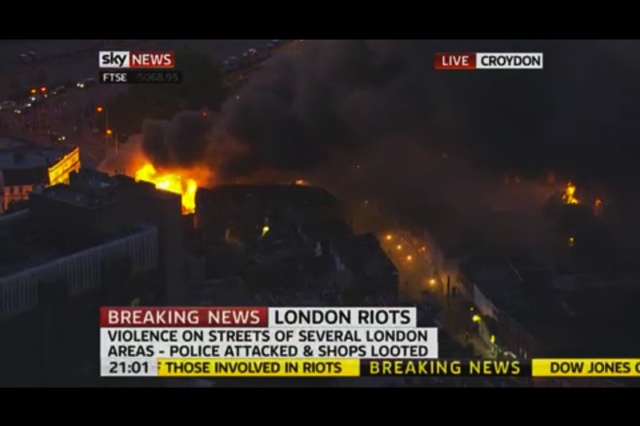 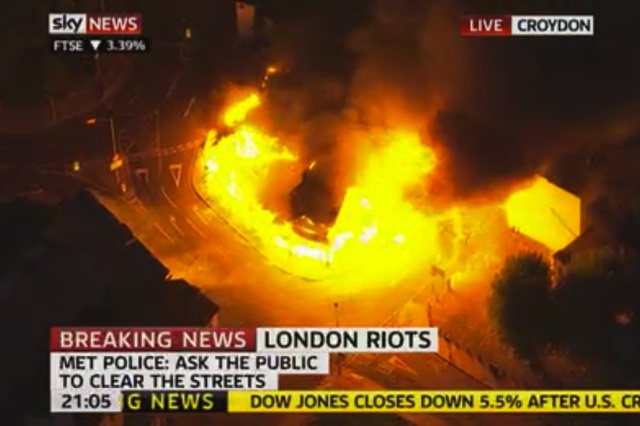 20.46: Lots of black smoke over West Croydon, but nothing on the TV yet. From Twitter, Croydon seems to be emerging as one of the worst flashpoints. From earlier rumours, we wouldn't be surprised to see this one turning into the most serious situation.

20.01: Barking station has now closed amid fears of violence. National Rail are advertising train disruption due to 'civil unrest'.

19.48: Sounds like Croydon is the latest flashpoint. Various reports on Twitter suggest shop looting and missile throwing. Buses are not running through West Croydon, and the station is closed with people reportedly trapped inside.

19.21: Pictures on Sky News show that Gregg's in Peckham (Rye Lane) is on fire, along with a linen shop next door. This is going to take out the whole block if fire engines don't get there quick. 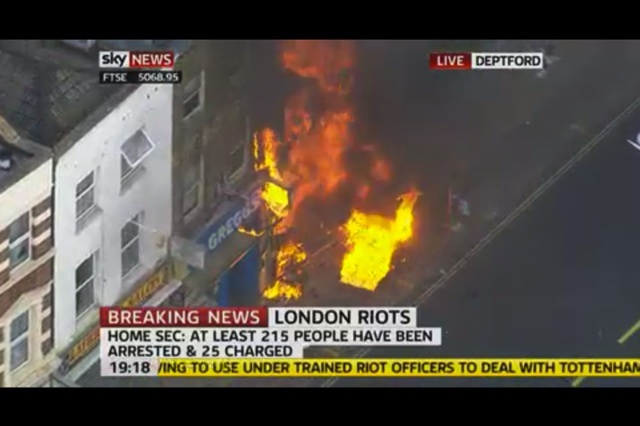 19.05: Television pictures show multiple vehicles on fire in Lewisham, with reports of petrol bombs being thrown. The disturbances have shifted to Catford, where JD Sports has reportedly been trashed. Meanwhile, Brockley Central relays that some twazzocks have been throwing missiles at an ambulance.

18.35: Latest picture from Peckham High Street...a bus which was on fire down the road to Camberwell is now under control. However, buses are not running through Peckham centre at the moment. An unconfirmed photo of the burnt-out bus is here. 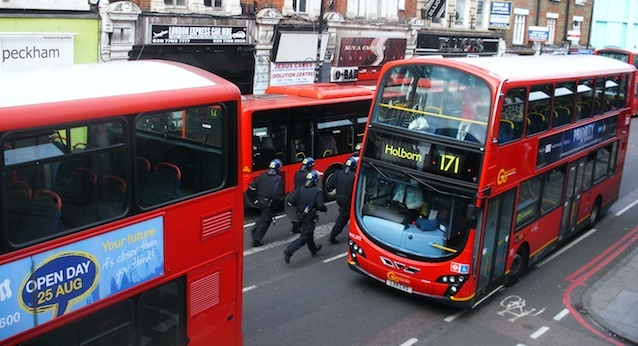 17.56: Trouble reported in Peckham by BBC London. Our own contact on the high street reports lots of masked youths milling around.

17.42: Boris Johnson has decided to return from holiday to take charge of the situation. Hackney Central Overground station is closed.

17.35: Sky News is reporting an attack on police officers in Lewisham town centre. Windows at McDonald's have been smashed.