A Spotter's Guide To The TARDIS in London 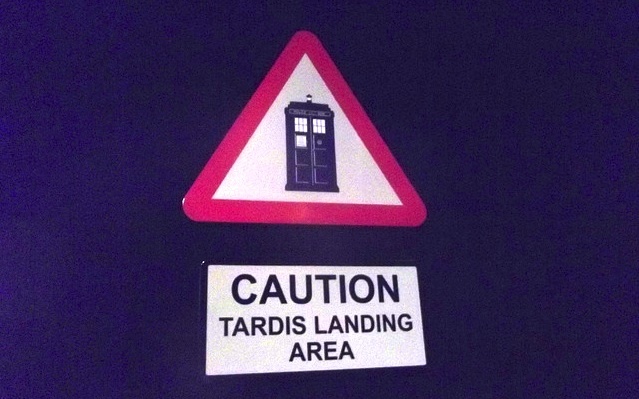 Doctor Who's TARDIS is a design classic. The iconic time machine was based on the once-familiar police call boxes, from a more innocent time when the words 'police' and 'phone' weren't used in the same sentences as 'News of the World' and 'tapping'.

For a fictional device, there are quite a few TARDI about town. Here's a roundup.


What, at first, appears to be an original police call box can be found outside the eastern entrance to the Tube station. It's not all that old, though. The lantern-topped facility was installed in 1997 as a local security experiment. More info here. Suggestions about what the hell the guy in the photo is doing are welcome.


We've little information about this TARDIS, which appears to have materialised in the BBC's televisual home of Doctor Who. Is it permanent? Is it shifting up to Manchester with half the Beeb's staffers? Let us know if you have more info.


This one's not hanging around for long. This temporary TARDIS forms part of the BL's free Out of This World exhibition, which ends on 25 September.


Apologies for the ropey photo. It was dark, and there were Nazis after us. The little-known Britain at War Experience is a pricey, slightly touristy attraction, but holds some interest...especially for WHO fans, because of this battered up police box model in the final Blitz exhibit.


The Doctor Who Experience, as you might expect, contains a fair few TARDIS models, including several interiors and this version from the filming set. You've got until November to catch this exhibition (which is actually pretty good, once the cheesy bit is out of the way).


This original police box can be glimpsed near Hendon from Northern Line trains. It appears to be used as a sentry box for traffic coming into the police training campus.

There are also a few slimline TARDISs around town, such as this one. Complete geeks might also seek out other work by the police box's architect Gilbert Mackenzie Trench. He designed this rather impressive block of flats in Finsbury, for example.