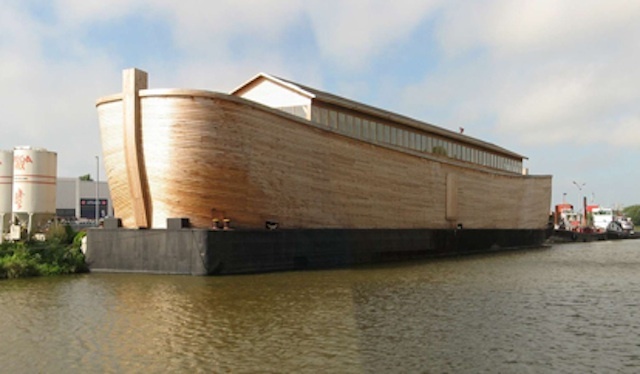 A Bible enthusiast wants to sail a Noah's Ark lookalike up the Thames to coincide with the Olympics. Johan Huibers, described by the Telegraph as 'an eccentric Dutch Christian' has realised the mythical vessel to the same proportions as laid out in the Old Testament, and now seeks permission to moor it on the Thames.

Built from Swedish Pine, the 140m-long ship would contain real, stuffed and robotic animals as part of a floating exhibition about Christianity and the Bible. The unusual proposal is now sitting with Boris Almighty who must decide whether to bless or smite the project.

Nautical fans of a more rational worldview might prefer to support the HMS Beagle Project, which seeks to rebuild the ship that carried Darwin around the globe.