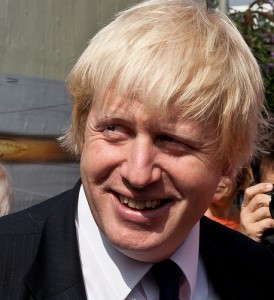 YouGov's poll, held on 7-9 June, asked respondents whom, if an election was held tomorrow, they would vote for, and Boris Johnson beat Livingstone by 7 percentage points, 48 to 41. The currently candidate-less Lib Dems polled 2%.

Of most concern to the Labour man will be the fact that, back in February, he was three percent ahead of his Conservative rival, having come back from a nine-point deficit in October 2010. Despite the Livingstone campaign's relentless attacks on Boris' record on transport, the momentum for now is with the incumbent. All those #getagripboris hashtags each time there's a strike or the Victoria line breaks down won't mean a thing if the ordinary voter isn't convinced Ken would be any better.

The FT blog has some further analysis of the data: Boris is seen as more charismatic (no surprise there) and more honest than Ken. Livingstone can perhaps take some solace in the fact that he is perceived as a "natural leader".

The election is still ten months away, but for the time being Boris can perhaps remain quietly confident of securing a second term. David Cameron will be most pleased.