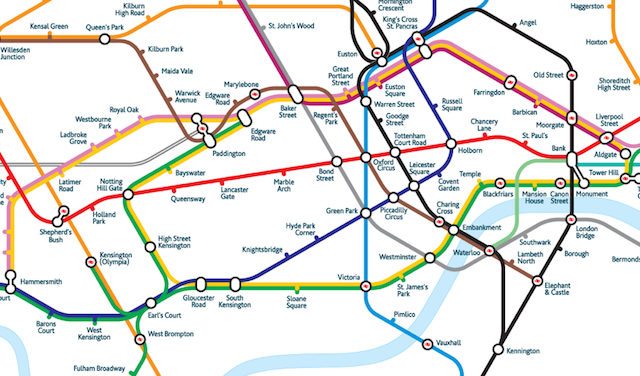 Mark Noad sends us a link to a new version of the Tube map he's put together. It shows all stations on the network displayed in positions closer to their actual locations than on the official map. The Thames also adopts a more naturalistic shape.

The map is an unofficial response to a recent backlash against the standard version, originally designed by Harry Beck. This is often described as a 'design classic', showing routes and stations schematically rather than geographically. Some think it's confusing. Recent research found that many travellers make longer journeys than necessary after consulting the map.

Hence, Noad's spatially improved effort. It's only a test version at the moment, but is already stirring up attention. Of course, the idea is nothing new. Before Beck came along, all Tube maps were geographically based, and other attempts have been made to make geographically accurate modern maps. This updated version seems to be a compromise between the clean angles of the official map and the cluttered chaos of a truly precise representation. What do you think?