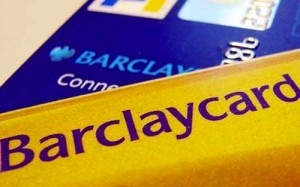 Over 100 ticket applicants for the 2012 Olympics had their requests rejected when anti-fraud software blocked their transactions. 104 applicants, who successfully negotiated the Baroque ticket application process, fell at the last hurdle after Barclaycard's security software assumed the payments were dodgy.

One applicant, lucky enough to be allocated tickets for three events worth £1,600, was unable to pay after the card company deemed the amount suspicious.

"It's not beyond the wit of man for Barclaycard to expect there to be a large number of quite hefty demands on their cards around this time to that particular payee," he told the BBC.

Barclaycard has admitted human error, apologised to customers affected, and taken steps to stop it happening again. Payment will now be sought at a later date.

Meanwhile, those who aren't affected by such anomalies should check their bank balance at the end of today, the last date when (in theory) money for tickets will be withdrawn from accounts. You won't find out which events you're going to until mid-June, however, unless the sums withdrawn make it obvious.

Organisers say that the vast majority of households with applications were at least partially successful. Estimates suggest only one in seven attempts were futile.

But that's not quite the end. Some events were undersubscribed, and seats remain after this first bout of ticket allocation. Those who were completely overlooked this time round will have priority when these unfilled seats are dished out (by first-come-first-served) later in the year.