O2 Users Without Reception In Parts Of Capital

Thousands of mobile phone users in parts of London found themselves without mobile reception this morning, as a 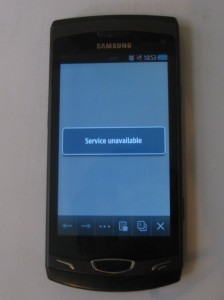 The issue, which arose at 12.50am, has affected calls, internet use, and the sending and receiving of emails in parts of East and North London, as well as Sussex and Kent, and is only described as 'ongoing' by the network. LBC is reporting that the fault occurred at a mobile phone base in Essex.

O2 has given no indication of when service might be restored, stating only that 'network engineers are working hard to resolve this as soon as possible'.

UPDATE: O2 now confirming the problem 'was caused by theft and vandalism at one of [their] operations sites in E[ast] London'.