The Future Of New Covent Garden 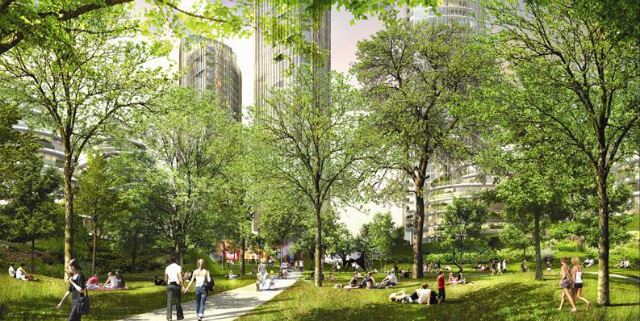 This arcadian vision could be a glimpse into the future of the area around New Covent Garden Market.

The long-running plan to redevelop the Nine Elms area, which is now entering its third round of pre-application public consultation, involves building a prototypical modern mixture of residential units, commercial space, and restaurants. Covent Garden Market Authority is looking to appoint a developer to take the project forward, and have drafted in Foster & Partners and Neil Tomlinson Architects to knock up these arboreal fantasies. 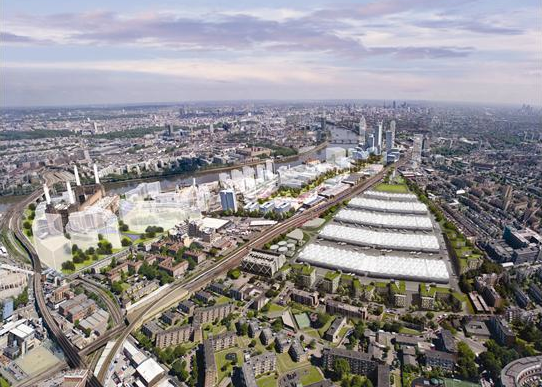 The most notable feature is the amount of foliage: the masterplan incorporates a long park that yokes together some of the other major developments in the area, most notably  Battersea Power Station and the new US embassy. The market itself would be rebuilt, clumsily rebranded as 'The Garden At New Covent Garden Market' and daubed with splashes of green, a rare commodity in an area that for many people is little more than a grey blur viewed from the train into Waterloo.

The plans are on display at Yvonne Carr Community Centre, 2 Thessaly Road, SW8 4H, from Thursday 3 March - Saturday 5 March. Representatives from the Authority will be on hand to answer questions.

A planning application will fetch up in Wandsworth Council's in-tray this summer.