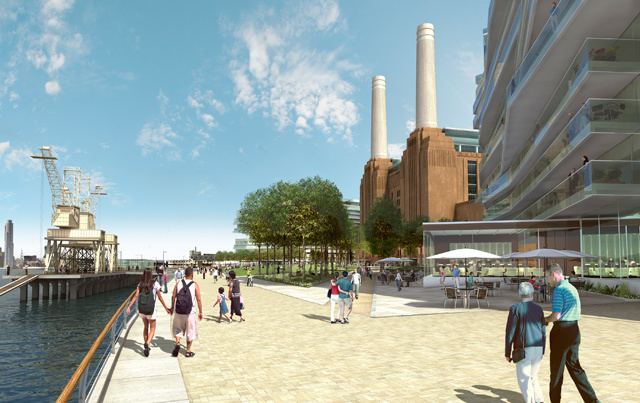 The planned redevelopment of Battersea Power Station took another step toward reality on Wednesday when the Communities secretary, Eric Pickles, approved the project. Battersea now has the support of the Government, the Mayor of London, and Wandsworth council.

Irish firm Real Estate Opportunities, which owns the site, plans to convert the ailing station and the area surrounding it into a residential, commercial, and retail complex, with exhibition halls and conference space in the two turbine halls, and a two stop extension on the Northern line to serve it. Under REO's proposal, the chimneys will be torn down and completely rebuilt.

Opponents to the plan include the Battersea Power Station Community Group, who (despite their jaunty website) are hopping mad: they argue that REO's finances are not sound and that the plan will "ruin the power station's identity as a solitary urban monument".

The next stage is for REO to raise money for the project, which is expected to cost £5.5 billion. Below is a gallery of images showing how the complex might look once work is complete. Construction could begin in 2012, and is unlikely to be completed before 2020.