'No Strike Deal': More Tube Strikes Under Boris Than Ken 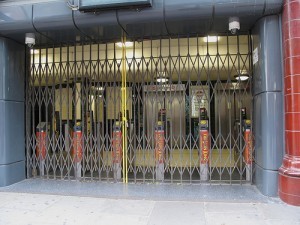 The New Statesman has been busy working out the number of strikes under Ken and Boris. London endured 16 tube strikes during Livingstone's eight year tenure. Since Johnson has been in charge, there have been 20 strikes.

This has, inevitably, led to catcalls about the Mayor's "no strike deal" manifesto pledge, particularly since Boris has admitted to having "not spoken directly with union leaders but with plenty of people in Government". Compare this with the former Mayor, writing in 2009, saying he "invested a lot of time in getting to know the leading personalities in the Tube unions and had many meetings with Underground staff" - but given that Ken and the unions both sit on the left, it's not so surprising they'd be able to find some common ground. However, relations with the current administration probably aren't helped when Johnson urges people to "bombard" ASLEF's website to protest against a strike that hasn't even been balloted for (clearly the Mayor needs to keep a closer eye on Londonist).

However, it might be time for Johnson to acknowledge that TfL are not doing a brilliant job at negotiating with the unions and get a bit more hands on. Londoners are increasingly weary with this merry-go-round of walkouts and sniping from both sides. Is anyone prepared to be the bigger man?