By M@ Last edited 60 months ago 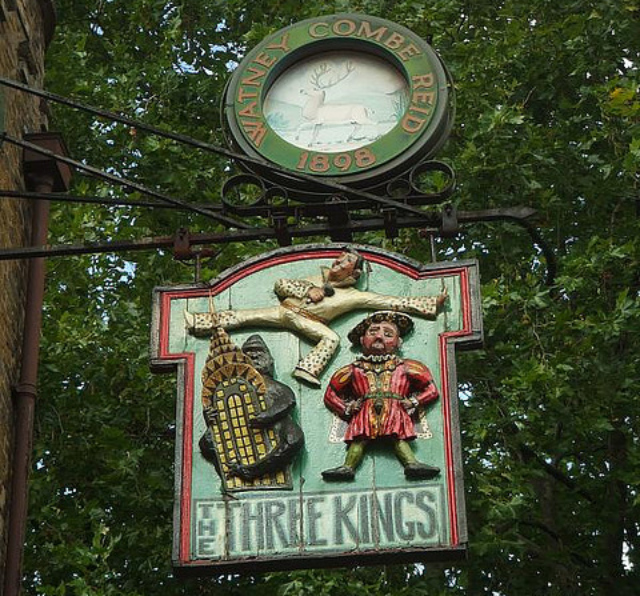 Back in 2011, prompted by an exhibition (long since closed) of reworked London pub signs, we thought we'd go in search of the genuine article.

The Three Kings in Clerkenwell sports this novel take on its own name. Good old Henry VIII is the only genuine king, despite resembling Noel Edmonds in tights. He's supported by a bow-legged King Kong, who seems to be grappling with the Chrysler Building rather than his usual Empire-State hangout. Finally, Elvis Presley executes a flying kick above his regal predecessors. What a truly champion pub sign.

Above our royal trio, a roundel claims the pub for Watney Combe Reid, a now defunct brewer who traded under the sign of the stag, also pictured. The brewery was created in 1898 following a merger, and this date is also shown on the sign.

You can cop a great view of the sign and its precarious ironmongery by heading up to the pub's first floor room, where you'll also find one of the most cherished jukeboxes in London.

Got a favourite pub sign? Let us know in the comments.