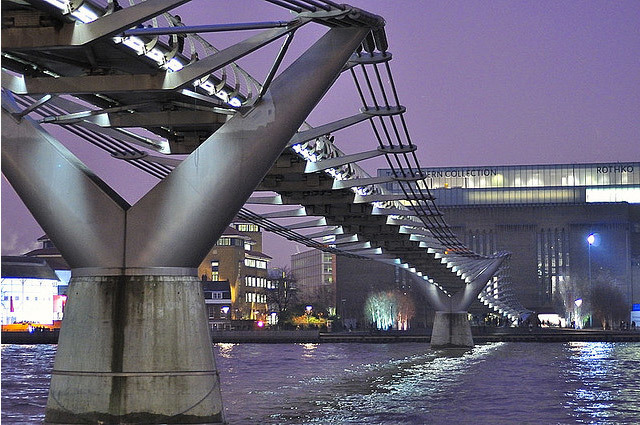 The Millennium bridge between St Paul's and Bankside, everybody's favourite unsteady Thames crossing, is in need of repair work totalling £750,000, says the Corporation of London.

The inclined passenger lift on the north side, used by people in wheelchairs and mothers with pushchairs, needs to be replaced after repeatedly breaking down and being attacked by vandals. Authorities are anxious to get the repairs done ahead of the 2012 Olympics, but if such a timescale isn't feasible, they have the Heath Robinson-esque idea of hiring an engineer to stand guard during the Games and make running repairs.

The bridge was opened in May 2000 but closed days later due to its excessive wobbliness. It didn't re-open for nearly two years, and has required regular wobble-tests ever since. Honestly, they'd never have had this trouble if they'd gone for this alternative, Diana-themed version.