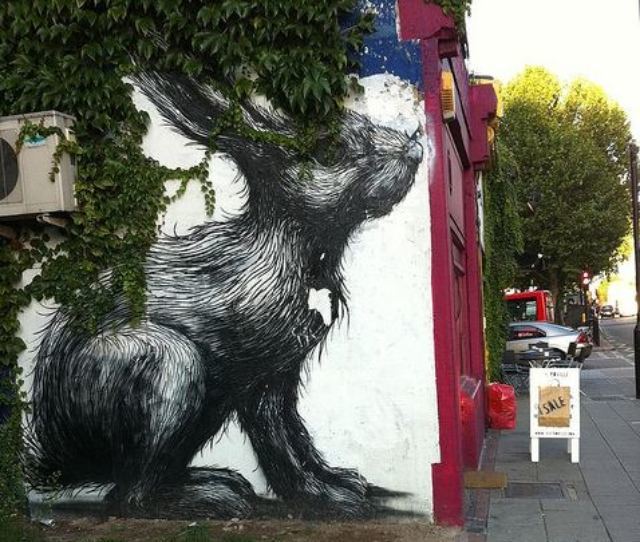 Among all the artists who decorate the streets of east London, ROA and his monumental animal portraits are perhaps the most distinctive (see our map). Now, his giant rabbit on Hackney Road may be whitewashed following a completely unfathomable removal order from Hackney Council, who deem it a blight on the local environment.

While art, and particularly street art, is always a subjective matter, we simply can't understand how anyone could find the animal anything other than a charming addition to one of the ugliest streets in London. The decision is particularly strange, given that the work was painted with permission from the building's owners. Other nearby art, including mushrooms by Christiaan Nagel, various pieces by Eine and a giant toaster, are presumably also threatened by the council's fun police. Instead of stamping on such creativity, authorities could work with artists and tourist organisations to attract people into the area and show the works in a positive light. There's clearly interest in the street art movement - our post on ROA alone received over 6000 visits.

Meanwhile the rest of Shoreditch is slowly succumbing to a tide of officially sanctioned advertifitti as a well-known shoe manufacturer paints over many of the area's street art hotspots.

Update: There's now a petition you can sign to help save the rabbit.