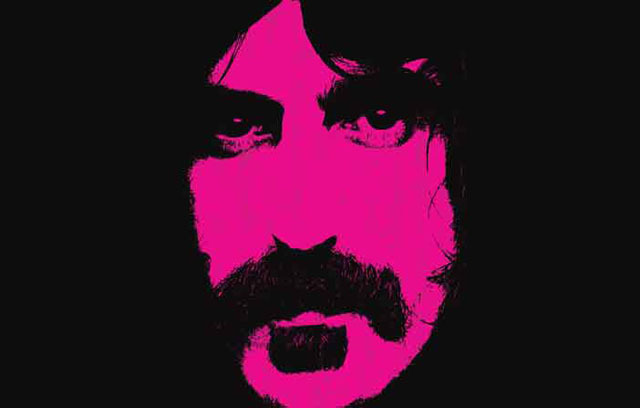 The paradoxical Frank Zappa (FZ), known as much for being orchestral composer, music producer, innovative film maker, hippy-hater and for giving his offspring bizarre names (Moon-Unit??) as the inimitable 'out-there' rock guitarist/singer, would have been 70 this year had prostrate cancer not got the better of him back in 1993. To mark this septuagenaric milestone, his widow Gail, The Zappa Family Trust, and The Roundhouse have come together to host a 'kaleidoscopic exploration of his music and influences' featuring performances by his eldest son Dweezil, members of Frank's touring and recording bands and the UK’s best contemporary classical ensembles accompanied by talks, films and exhibitions.

This 3-day Zaptacular is a chance for die-hard fans to totally indulge themselves in all things Zappa and for the uninitiated to delve into his multi-faceted genius. What better way than with the free, all weekend, AAAFNRAA, which sees the Roundhouse transformed into Zappa’s brain with a series of spaces each representing a different facet of his imagination, amongst which you can even create your own live mix of a Zappa track in the Roundhouse recording studio (a fiddle with Help, I'm a rock just might be on the cards for us...)

Bringing their own unique take on several Zappa tracks are The Mighty Boosh Band. As huge fans, Noel and Julian will also be performing a dialogue from the legendary Old Bailey Obscenity Trial Headlining the show is Dweezil performing Zappa plays Zappa - a selection from his father’s repertoire from the late 60s to early 90's where, In a final twist, as well as being joined by musicians from FZ's bands, the performance will also feature a section - from grave to stage - in which Frank himself will perform with the band via synchronized audio/video technology.