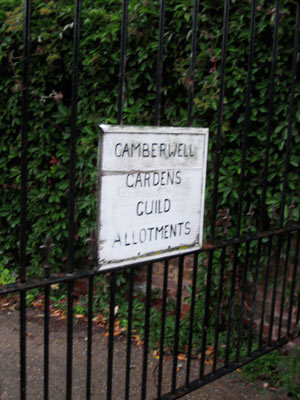 Like many of London’s finest areas, Clerkenwell and Ladywell for example, Camberwell is named after a local water source. Legend has it that the word Camber, meaning crooked, came from medieval folk with disabilities and ailments looking to be healed by the water from this south London well.

John Chaple, who re-found the lost urban well, suggests there may be a link to Prince Kamer, the son of that mythical Trojan Brutus who came to Britain after the sack of Troy. John tracked the well down in May 2009 to the back garden of 56a Grove Park, off Camberwell Grove. The owner Noreen Morrin is a nurse and midwife and was thrilled at the idea of having a healing well under her lawn and so encouraged John to get digging to find it.

This Sunday there is an open day at the excavations between 1pm and 4pm. John promises that: "the well is now more exposed so people can climb into it to see it. This is an ongoing archaeological dig, and so far the sides of the well are beginning to emerge. As Roman coins were reputed to have been found at the bottom of the well, it is likely to be two thousand years old or earlier."

Image 'Camber Well is (near) Here' by Lindsey