Which London Football Teams Are Top Of The Twitter League?

By M@ Last edited 135 months ago
M@ Which London Football Teams Are Top Of The Twitter League? 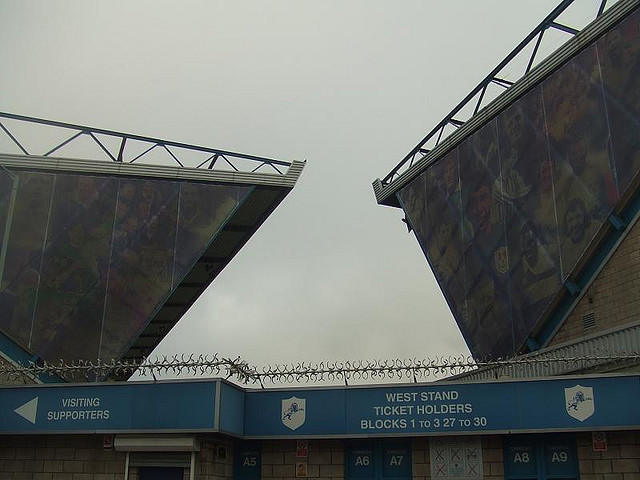 With most league football already under way and the Premier League starting this weekend, we thought this would be an apposite moment to take a look at which London clubs are most successful. But, being a bunch of nerds, we're not interested in striking prowess, club revenues or number of titles. We decided to take a measure of which teams have the biggest Twitter following. (Note: this is not intended as a 'definitive' list, but as an evolving article that will be shaped by reader feedback.)

And here are the results for all London's clubs in the top four leagues:

So what do these numbers mean? The figures are based on the total number of followers for the five most-followed Twitter accounts for each team (where we can find that many). So, for example, Arsenal have 181,907 (@ArsenalDotCom) + 28,076 (@arsenal) + 12,887 (@ArsenalMania) + 8,748 (@BBCArsenal) + 5,875 (@ArsenalFans) = 237,493. Obviously, there will be a large overlap between feeds, with many individuals following more than one account for their favourite team. However, this is true for all of the clubs, so while the absolute number may not mean much, the relative positions may be insightful.

Some might argue that it's no surprise that Arsenal top the league. This north London team has one of the larger fan bases from the middle/professional classes, who are more likely to use Twitter. The only team to punch above their real-world league position are First Division Charlton, who weigh in above Championship club Millwall. Again, not a surprise given that Charlton were a Premier League club a few seasons ago, and Millwall were promoted last season.

Perhaps the most curious aspect is the tiny number of people who follow the smaller clubs. Lowly Barnet claim just 344 followers, a number that will be even smaller when you deduplicate the users who follow the pair of feeds making up this total.

We recognise that the figures presented in this post are contestable. There are other ways one could measure Twitter followings. For example, we could take just the most popular Twitter feed for each club. Or we could include the long tails of smaller feeds relating to a club. Or we could include personal feeds from players. In addition, we may well have missed big feeds if they have a non-obvious name. So we'd like to regard this table as a starting point, and welcome your feedback on how to beef it up. Football is a team game after all. We'll publish the table again at the end of the season to see how things have changed.

Here are the feeds in full, and we've also attached a spreadsheet listing out all the feeds alongside average attendances, in case that's of interest. See if your favourites feeds are listed.