Love Your Lido: Swimming In The Serpentine

By Londonist Last edited 151 months ago
Londonist Love Your Lido: Swimming In The Serpentine 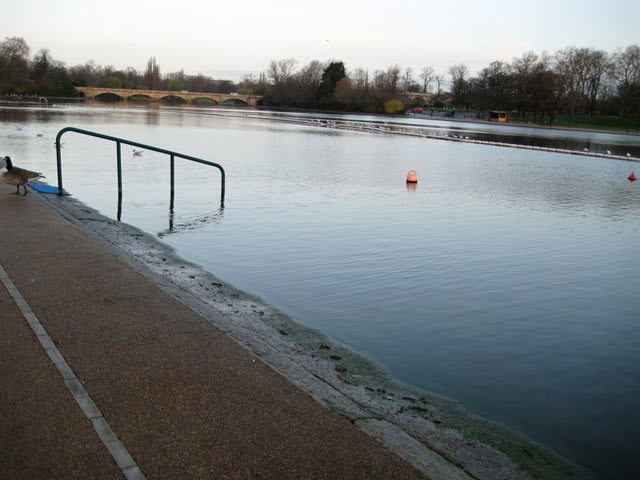 Dawn at the Serpentine Lido by lindseymclarke

The exclusive department stores of Knightsbridge draw visitors from across London (and indeed the world), but just minutes away a different face of the city is on show in the form of the Serpentine Lido.

On a sunny summer’s day there can be few more inspiring places to swim in the capital. Time seems to move more slowly, and that rarest of city commodities - space - is granted in abundance. Approaching this glorious spot at the centre of Hyde Park after emerging from a sweaty tube carriage, you may just feel like a lost soul arriving at the Elysian Fields.

Here, for all Londoners, are riches to rival those of Kensington and Chelsea’s millionaires. In a city with its fair share of iconic lidos, the Serpentine stands out by barely qualifying for the name at all. A rope of buoys is all that separates the swimming area from the rest of the lake (with its ducks and pedalos) and on the bottom, instead of tiles you’ll feel gravel (and the odd patch of mud). If you’re looking for a halfway house between a pool and genuine ‘wild swimming’, then, this could be for you. The absence of chlorine may be a novel experience, but after revelling in the soothing fresh water and gazing out over the acres of parkland around you, we doubt you’ll miss it much. Originally the lake was created by damming the river Westbourne, but water is now sourced from springs, surface water, and boreholes (at the Diana Fountain and the Italian Gardens). It’s clean, and with the length of the swimming area surpassing 100m, there’s certainly a lot of it.

In summer the water temperature is forgiving (23 degrees at the time of writing), but in winter it’s a different matter, and some dedicated members of the Serpentine Swimming Club break the ice if need be in order to swim throughout the year.

If you’re hungry post swim, the adjacent Lido Cafe offers stunning views across the lake in a sleek modern setting, with plenty of outdoor tables. Main courses are priced at around £10, with an array of enticing breakfast options a little cheaper. A coffee and a panini will set you back roughly the same as it would in Starbucks. Factoring in the location, you could say that’s a bargain.

The Serpentine was at the centre of a minor political storm earlier this year, when MPs (and regular early morning swimmers) Edward Leigh and Desmond Swayne, furious at being prevented from getting to the water during a spell of freezing weather, tabled questions in the House of Commons demanding to know why the historic access had been denied. Their persistence paid off, with the ironic result that a pair of Tory MPs had succeeded in preserving their freedom to swim in a lido commissioned by George Lansbury - renowned pre-war socialist, champion of the working class and future leader of the Labour party.

Though no longer known as ‘Lansbury’s lido’, his spirit lives on, since despite being situated in one of the most gilded areas of London, this remains as much a people’s lido as it was 80 years ago. At £4.00, a swim costs considerably less than the £1.5 bn the Qatari Royal family recently paid Mohammed Al Fayed for Harrods. It’s a matter of opinion who got better value - but we have an idea what Mr Lansbury would have said.

Splish splosh through London's Lidos with us.