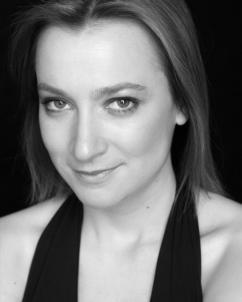 Soho Theatre certainly knows how to attract great cabaret. As well as hosting Bourgeois & Maurice, tonight the theatre has the very last outing for the Time Out Critics' Choice Cabaret Whore, the one-woman show by Sarah-Louise Young which premiered at the Edinburgh Festival in 2009 and has since played in theatres as far away as Australia (and you don’t really get much further than that without assistance from NASA).

The naysayers who feel that “women just aren’t funny” should really see Ms Young. It’s true that women are under-represented in the highest echelons of comedy but there is proof here that it certainly isn’t for lack of talent. Her show comprises of three personas, none of which bear much of a resemblance to her true self, as seen earlier this year at the Alternative Eurovison.

First up, we have Sammy Mavis Jr, a woman from the Deep South who, having outgrown her trailer trash roots, now sings loud, lewd songs which would make Avenue Q’s Lucy The Slut blush. Sammy's version of Oleta Adam’s Get Here is, like the character herself, hardly faithful and hilariously rude.

This is followed by oh-so-English Loretta the Librarian, a meek and mild talent-show wannabe who seeks inspiration from a Katie Price autobiography. Over the course of a few songs, Loretta describes her life, seeks fame and finally makes her stand in the glorious I Don’t Care.

Last, but definitely not least, is La Poule Plombée, a French artiste with more chips on her shoulder than Intel’s annual output. Those in the front row should be warned that La Poule’s weapon of choice is an evil-looking kitchen knife and she is no fan of the English, especially their language; as she says, “we gave you ‘belle esprit’, we gave you ‘c’est la vie’, you gave us ‘flip-flop’, oui: le ‘flip-flop’.

As well as being a singer, Ms Young is no mean actress and comedienne. She has a comfortable stage manner and her accents and choice of language for Sammy and La Poule were very authentic to our ears , making the between-song banter more than just filler. This is to take nothing away from her powerful singing voice which is probably her key asset. We look forward to seeing her next show, cunningly titled Cabaret Whore Encore, when it comes to London.

Sarah-Louise Young can be seen tonight at the Soho Theatre before she embarks for Edinburgh. Tickets can be bought here.