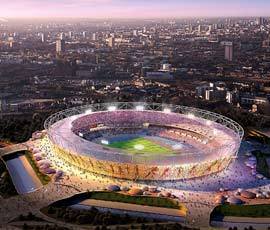 Queen Mary, University of London plays host to a quartet (dammit, one more and we could have called it a pentathlon) of Olympics themed lectures, starting tomorrow night:

9 February: 'Back to the Future; Flying Down to Rio via London and Ancient Olympia', Professor Paul Cartledge, University of Cambridge. (A history of the games and comparison of ancient and modern games.)

9 March: 'German Bodies and the Olympics of 1936', Professor Marion Kant, University of Pennsylvania.

Oh, wait, we can complete that pentathlon, albeit with a less than athletic fifth. On 4 March (6.30pm), Tudor historian David Starkey strides into the Mason Lecture Theatre to reveal The History We’ve Forgotten: Diplomacy and the Biography of Henry VIII. This one's also free, but you need to reserve a seat by emailing events@qmul.ac.uk.