By Lindsey Last edited 125 months ago
Lindsey London On The Cheap: 14-20 January 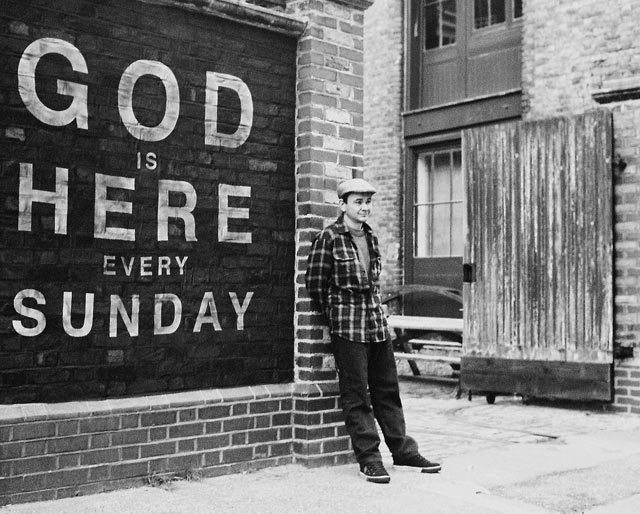 Tonight: South East London Folklore Society meets for the first time this year and take a tour of the City, starting at the Royal Exchange at 7.30pm. Wrap up warm for an on-the-hoof introduction the world of SELFS: ruined megaliths, pagan London, urban witch trials, marital strife from beyond the grave, contemporary shrines and more folklore and strangeness. Then all back to the Old Kings Head, Borough High Street at 8.30pm to chat more about London lore. £2.50.

If you'd rather stay in the warm, the Photographers Gallery runs its reading group at 6.30pm. Get intellectual, discussing Derrida's Writing and Difference, particularly chapter 7. Free, just turn up.

Friday: Some interesting free music choices for you. The National Gallery put on Coro Cervantes: Spanish Songs in room 30 (the Spanish room, starring paintings by El Greco and Velázquez etc) between 6.30-7.15pm and The Poejazzi Tonic is live in the Royal Festival Hall Foyer Bar from 6pm. Later, at 9.45pm you can catch some live brass by the Park Lane Group Young Artists in the Front Room at QEH.

Saturday: Visit the Ice Sculpting Festival at Canada Square Park, Canary Wharf. Between 8am and 2pm, five teams of international ice sculptors will be creating interpretations of the theme "cool trading" and it's totally free to browse round them at work. If you want to have a go too, there are workshops that you can sign up to on arrival.

Sunday: Get your walking boots on again for a culinary tour of Mayfair from 2pm. Take in Claridges and Browns as well as some pubs with celebrity connections, hear about the Georgian passion for ice cream, the binge eating composer and a famous gingerbread seller. There'll be a halfway stop in a historic pub for a hot toddy and the walk will end in another fine boozer close to Green Park tube. £5 a head, email westminsterwalks@yahoo.co.uk to book.

The inside entertainment option is a free film at the Museum of London showing in their brand new theatre. London (1994) chronicles a year in the life of London. It relives the 1992 election of John Major, renewed IRA bombings, the 'Black Wednesday' European monetary crisis and turmoil in the house of Windsor, 2-3pm.

Monday: Scratching around trying to work out what it's all about? Join the free public lecture at LSE this evening from 6.30pm on Modernity and the Meaning of Life.

Tuesday: The Roxy screens probable Oscar contender Kathryn Bigelow's film The Hurt Locker, an Iraq war film that focuses in on a small group of soldiers in a bomb disposal squad based in Baghdad. Tense doesn't begin to describe it. Members free, £3, 8pm.

Wednesday: Give those vocal chords an outing at Pangaea Project's Choir, Stamford Hill. It's an informal, open choir led by Rosanna Schura and long term members of the group. Expect exercises, rounds, 3-part/ 4-part arrangements of many styles including folk, gospel and pop. Arrive at 5.45pm for a 6pm start, finish at 7pm.

Do let us know what's going on where you are. We want to know about free or cheap (fiver or less) events around town. Please leave a comment, tweet @londonist or emailing londonist at gmail dot com. Thanks!