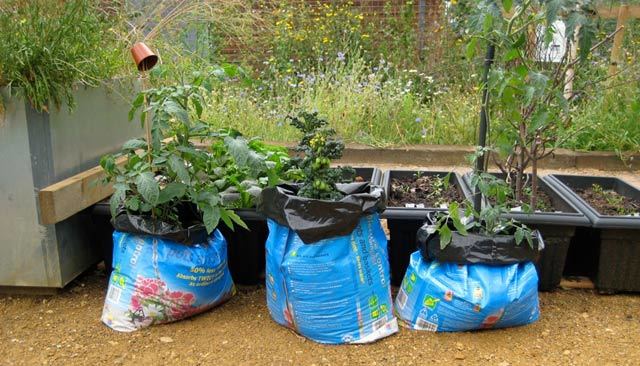 Since the recession scuppered upmarket plans for the development of 'Noho Square' on the site of the demolished Middlesex Hospital a desolate hole has gaped in Fitzrovia. A year long campaign by locals to make the space available to the community, however, looks finally to come good.

The developer now in charge of the site has agreed to throw it open for a year. A section will be turned into temporary allotments and a part of it loaned to a neighbouring primary school so they can learn about growing food. The greenfingered plan needs planning permission approval from Westminster but we struggle to see why the Council would deny such imaginative use, given the shortage of allotment plots in London, the Mayor's keenness on grow your own and the tragic waste of this prime West End space.

Perhaps inspired by this grassroots action, the City of London Corporation is actively encouraging alternative uses for plots where development has been hit by the credit crunch. The Richard Rogers designed "cheesegrater" was put on hold last year. Developer, British Land, is now running a competition for young architects to find a use for the site for up to 5 years. Could Leadenhall Street soon be home to a new city farm, a pastoral pier or allotment plots for city types to unwind in? Let's hope this optimistic sprouting of green spaces in dense cityscapes isn't just a temporary blip. The winning idea will be announced in the next few weeks.