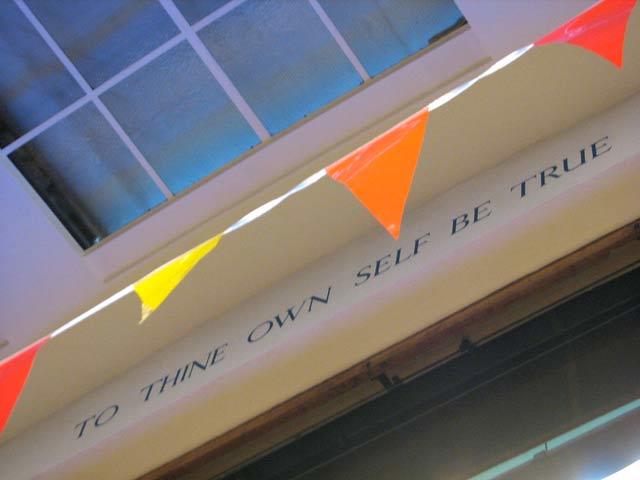 When TED colonised Oxford for its annual TEDGlobal conference in July, its slick, highly charged exploration of the unseen in science, technology, design and culture was one few of us could afford (or meet the criteria) to attend. For inquisitive types seeking intellectual and creative sustenance in a more social environment than TED’s online talks repository, the annual Interesting Conference offered a welcome alternative on the weekend.

By simply paying the £20.00 ticket price and bringing our own mug and plate of goodies to share, access was granted to a quirky, lively, but refreshingly low-key event. Organiser Russell Davies filled Conway Hall in Bloomsbury with 200 guests and 30 interesting speakers, who were tasked with presenting for 10 minutes on a topic unrelated to their day jobs. The result was eclectic and delightful: a school teacher entreating us to reconsider our assumptions about nuclear power; a designer confessing her Indian superpowers; a typographer mapping out his 5000 mile cycling adventure; and a media consultant revealing psychological violence in 1970s girls’ comics. The latter taught the women in the audience to never mock a monkey, for fear of winding up like poor Kitty, whose demise is graphically documented in the Misty magazine circa 1979.

A sense of democracy and community spirit pervaded the day, with speakers introduced on a first-name-only basis, everyone lunching together in the park, and, at one point, the entire hall standing to wave their arms in unison as they conducted an invisible orchestra (led ably by a man identified only as John, who won a competition to conduct a real orchestra a few years back and wished to pass on the skill).

The essence of the Interesting Conference was aptly captured in the penultimate talk of the day, entitled The Architecture of Frivolity. In testing whimsical, unnecessary and preposterous design ideas, Matt Ward revels in ‘explorations without utility’. Likewise, the Interesting format does not demand its guests absorb new ideas before going forth to create or effect change for a higher purpose. It only suggests that they sit back, and enjoy the journey.

Image by Roo Reynolds and more of the conference at his Flickrstream.