London On The Cheap: 27 August - 3 September

By Lindsey Last edited 142 months ago
Lindsey London On The Cheap: 27 August - 3 September 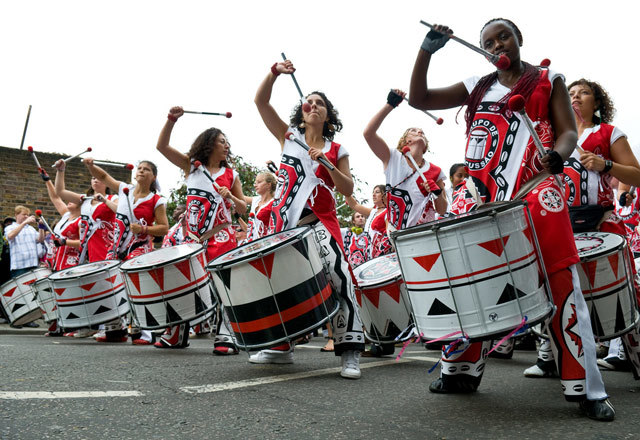 Thursday: It's Wilton's Cinema Club tonight from 7.30pm with a screening of 'Look at Life: Swinging London', a series of short, informative newsreels from the 1960's, originally screened before and in between the feature films at the cinema. If you prefer to be outside there's a screening of Baz Luhrman's Moulin Rouge at the Horniman Museum bandstand from 8pm. In addition, there's a cracking view.

Friday: Thus starts the bank holiday weekend, possibly being progressive in Peckham in a Victorian warehouse: The Chronic Love Foundation free bank holiday progression session promises to take you "mind body and soul on a sublime musical journey across the continental audiospheres of Planet Earth". We suspect the art kids from the top of the car park will be thronging this but there's no reason why you shouldn't join the audio-meltdown with a mojito or two (cocktail happy hour: 9 30-10 30pm). It's bank holiday weekend, after all! 9pm-5am.

Saturday: Catch the Press Photographers of the Year exhibition at the National Theatre before it closes on Monday, open 9.30am-11pm, free. Craftaholics return to the Old Queens Head, Islington, between 12-5pm, free entry and the steel band competition will be warming things up for carnival in Notting Hill.

Sunday: It's kids day at Notting Hill Carnival. If carnival crowds aren't your thing there's a slightly tamer event on the Festival Riverside at the Southbank Centre with a mass synchronised Flash-dance-mob between 3-4pm, free. Scoot along to the Scoop after and catch a double bill of free Greek theatre with Jason and the Argonauts and a special Medea.

Monday: For night owls or insomniacs, 3-4am sees the second Londonista atop the One and Other Plinth. Then it's off to Notting Hill for Carnival.

Tuesday: Come and watch the Firewalk. Free to attend but it would be churlish of you not to support the good cause while you're there.

Wednesday: Drop by the private view of the Artists Without Studios Prize exhibition and see what the 4 bright young things did with their studio residency time. 6.30-8.30pm, free.