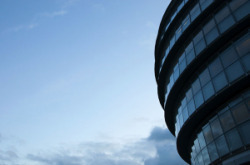 Image by kenchie from the Londonist Flickr pool
The LSE has published its report into the impact on London and the UK's economy of an illegal immigrant amnesty - and finds there'd be a £3billion benefit.

There're an estimated 618,000 illegal immigrants in the UK, 442,000 of whom live in London. Under the proposed scheme, immigrants who've been in Britain for five years and have no serious criminal record would become legal citizens as part of a one-off amnesty. The people who do the figures on these things reckon about two-thirds of the total would be eligible.

And just to really stick the boot of common sense and decency into those who declare the UK is "full", the legal immigrants would be paying around £846m a year in taxes, as opposed to short-term costs of £410m a year to the public purse. Longer term, economists think costs would be around £1bn a year but annual GDP would be boosted by £3bn. Surely that's good financial planning in anyone's books?

Boris has backed an amnesty for some time and welcomes the findings, saying:

"The study also demolishes the argument that an amnesty would inevitably lead to increased migration to the UK and identifies effective border controls as the vital factor in controlling and deterring illegal immigration."

Which the Minister for Immigration probably won't want to hear, but we'd just love to see him argue with the numbers.