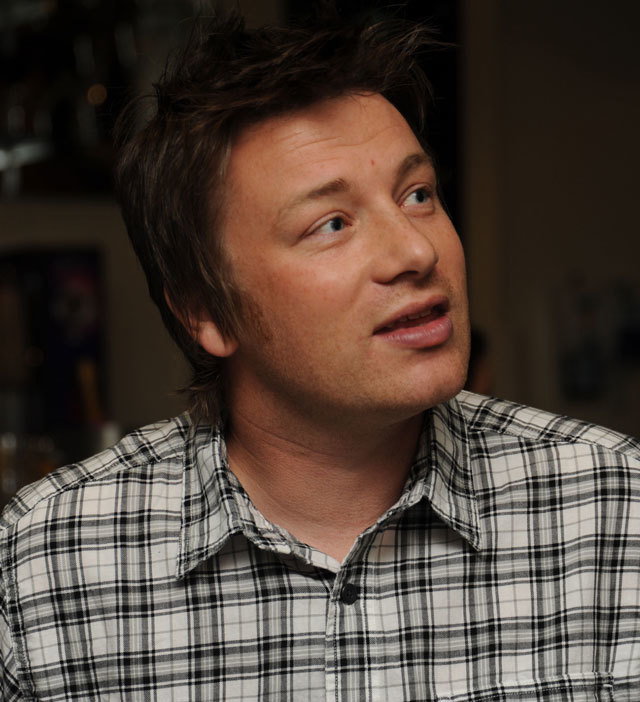 A couple of weeks ago, Londonist got the chance to sit down with celebrity chef Jamie Oliver at the Debenhams launch of his new range of cookware. We were impressed by his easygoing and gracious manner, his evident enthusiasm about all things culinary and his willingness to answer the following questions provided by you, our dear readers! Keep reading for our Q&A with Mr Oliver!

I'd like to ask Jamie, given the current trend away from dining out, and in light of Anthony Worral-Thompson's restaurant closures, what plans he has to make sure his business interests survive the recession. (robstras)

Well, we’re very fortunate because we don’t overstretch ourselves financially. Plus, we’re doing fantastic food at great prices at Jamie’s Italian. Essentially, we’re doing a £40 meal for £20 and with brilliant service. How can we do that? By getting a lot of people through the door, and so far pretty much everyone who’s visited Jamie’s Italian has wanted to come back again and again.

Or, if that's too boring a question, what he orders in the pub. (robstras)

Good question! But that’s something that’s still in the planning stages. There will be news soon - don’t worry about that! Adam’s a great, great chef.

Jamie has worked with many groups. Would he be interested with working with some of London's homeless - perhaps inspiring them in a kind of "flash cooking" show? (BrigadierCrispbread)

It’s a good idea, but it’s not something I can turn my attention to this year. However, I did just do some filming in New York with a guy who feeds the homeless and that was inspirational. So, you never know.

I'd like to know how he feels about being so strongly associated with a major food retailer like Sainsburys.

Not aiming to have a go re: selling out or anything, just be interested to hear how anyone makes a big decision like that as it can obviously open you up to criticism and potentially undermine other things you do. But, on the other hand, it gives you a chance to influence the behaviour of a big company.

Plus, he must get shed loads for it. (Tom Williams)

Look, the guys at Sainsburys are the most passionate bunch you can imagine when it comes to food. And that’s right from the top down to the people on the shop floor. Yes, we have meetings and discuss all kinds of things and yes I suggest stuff to them but we nearly always agree. Take “Feed Your Family for a Fiver” - what an inspiring example of something that helps people with inexpensive, tasty meals at a difficult time.

I would like Jamie to comment on how he feels about the responsibility issue, should food companies/fast food outlets take the blame for serving unhealthy food. In his opinion is obesity more about lack of education or just lack of will power. (tf)

What I found out during the Ministry of Food Project was that in most cases, it’s knowledge or a lack of knowledge that makes people eat what they do. So, I understand that there’s a place for fast food and I’ve always tried to push a balanced diet with the odd treat - nothing wrong with that. So, that’s why I think we would benefit from a Ministry of Food Centre in every borough in the UK. They’re not expensive and they’d save the NHS millions by educating people about food and what constitutes a balanced diet.

Find out more about Jamie Oliver at www.jamieoliver.com.