An Evening In A Haunted Morgue 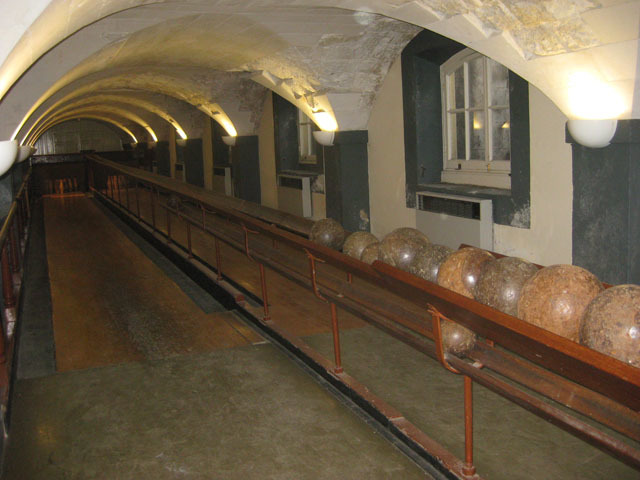 'I can clearly sense an anxious female presence, perhaps a nurse, who's quite territorial about this end of the room,' says David Wells. The notorious medium and qabalist ('that's qabalist with a q, not a k,' he insists) is leading us through a 17th century morgue pointing out its spectral inhabitants like so many oil paintings. We're beneath the Old Royal Naval College, Wren's Greenwich masterpiece, for the opening night of London Ghost Week. And if David and fellow medium Andrew are to be believed, we're not alone. 'Over there, in the corner, there's a character in a funny hat, with a sword. A bit like a pirate,' reckons Andrew. The whole time, we're watched over by the shade of a young man with 'special needs'.

The venue is super creepy, even to hardened skeptics like ourselves. We're in a crypt-like environment where dead pensioners were stored prior to burial. Marks are visible on the sills where coroners would sharpen knives. A Victorian bowling alley runs along one side of the room, drenched in stories of phantom bowlers and skittle pickers. Beside it sits the table upon which Nelson's body once rested. It is an auspicious place to hunt ghosts.

David had prepared our minds with a psychic pep talk. We've learned how to 'open our chakras' and make contact with 'astrals'. We've been tutored in the ways of dowsing, crystal pendulum reading and glass moving. And we've been guided round the haunted spots of Greenwich by a former naval chap who once lived in the College. Alas, when the time comes to hunt our own ghosts, nobody except the mediums actually sees anything, and the only noise is a vague tapping that could be anything.

Still, nobody was disappointed. Believers in such things got to hone their psychic skills with tips from a master practitioner. The skeptics in the crowd were hugely entertained by the unusual venue and activities, even if the underlying premise is built on mumbo jumbo. And the many spectres of the Naval College got some sympathetic company for an evening.

London Ghost Week (organised by Fright Nights) still has plenty of days to run, so if you want to meddle with the supernatural, check out their site. In particular, we'd recommend the London’s Best Medium face-off and ghost hunts at the Canal Museum and Ragged School.