Gay Literature (up), Gay Clubbing (down)

By Craigie_B Last edited 165 months ago
Craigie_B Gay Literature (up), Gay Clubbing (down) 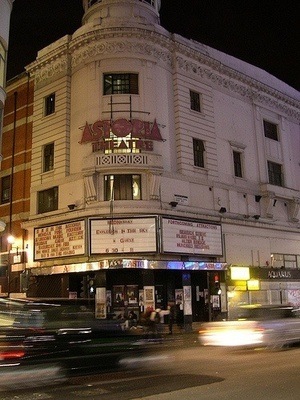 Astoria Faces Wrecking Ball Without Final Flourish
Well, London gayness continues to throw up too many things to write about. So this post covers two stories in the space of one:

1) The first ever 'Write Queer London' international writing competition will climax at an event next month promising "smart talk, wise words and music". Head to the Museum of London on Thursday 5 February, from 6-9pm - more details here. To whet your appetite, we can reveal that writers have been asked "to bring an alternate queer history of London alive through their imaginations", which sounds as though it could either be brilliant or a bit of a wet fish. Whichever, the competition will be followed by an eclectic bunch of international poets, performers, playwrights and percussionists - and a megaphone. What more could a gay literature fan want?

2) The Astoria (also known as the 'Club that always seems to be about to have its final final final night before demolition') has had to cancel its actual final night (on 15 January). Controversially, it seems that the owners chose to host clubnight Manumission, but they didn't sell enough tickets. Jeremy Joseph, the promoter who almost ran the venue by hosting G-A-Y there every week for 15 years, slammed the move in a typically dramatic statement - he had offered to hold a free party there to say goodbye, but clearly the owners wanted to make the most money they could, before the grisly Crossrail Demolition Van skidded up to the Astoria's front door.

So, as it stands, the venue will be empty on its last night, ending its days with a whimper, not a bang. Perhaps someone could write an alternate gay history and present it at the queer literature festival? Just a thought.

Image from Pilot_10's Flickrstream under the Creative Commons Licence