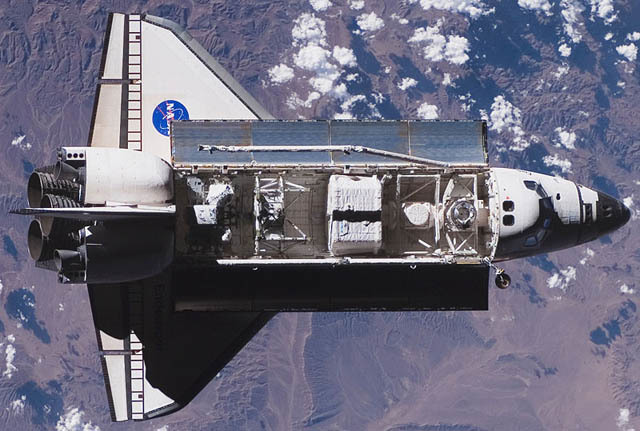 The space shuttle Endeavour's final flight could be to South Kensington. NASA plans to sell off its aging orbiters after decommissioning the fleet in 2010. Today, London's Science Museum announced it would put in a bid.

The museum needs to raise £30 million to stand a chance of acquiring the space ship, and may launch a public appeal. The price is hardly out-of-this-world when compared to the £50 million the National Gallery needs just to retain one painting.

Endeavour first flew in 1992, replacing the Challenger space shuttle whose fate is etched in everyone's memory. It has since notched up 22 flights, including 9 to the International Space Station. Endeavour is favoured by the Science Museum over the other two orbiters (Discovery and Atlantis) as the ship is named after Captain Cook's famous British vessel with a pleasingly British spelling.

However, it seems unclear whether the museum is eligible to house the shuttle. Earlier reports suggested that only US institutions would be considered.